The Asian green mussel is a major marine pest that poses a threat to Northern Territory (NT) waters.

It generally spreads on the hulls of ships, in ballast water and in the internal seawater plumbing of vessels.

It is also believed to have caused shellfish poisoning in humans.

If you find the Asian green mussel in the NT you must report it. Read how to report aquatic pests. 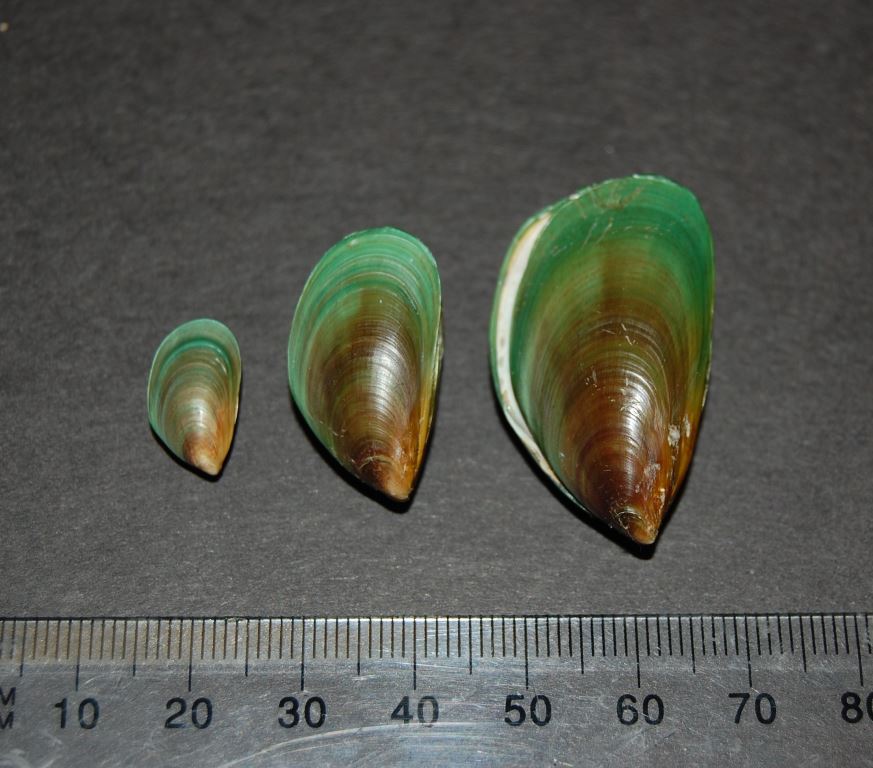 Juveniles are a bright, vivid green, while the adults tend to retain the green colour along the growing edge only, developing an olive or brown colour nearer to the attachment point.

Their interior is shiny and pale bluish green.

It has a smooth surface with visible concentric growth rings. The shell tapers to a sharp, down-turned beak.

The beak has interlocking teeth: one inside the right valve and two inside the left.

It grows densely, up to 35,000 mussels per square metre, on structures including vessels, wharves, aquaculture equipment, buoys and other hard surfaces.

It can be difficult to detect as it can be overgrown by other marine organisms.

It is native to tropical Asia and has been introduced in Florida and the Caribbean Sea.

It was detected in Trinity Inlet in Cairns, Queensland, in 2001 and 2013, but did not get established.

Australia has no known populations of Asian green mussels.