There are two main marine safety communication systems operating in Australia. These are:

This system consists of nine stations around Australia, with one radio in each state except Queensland and Western Australia which have two.

They are all monitored by local people who are able to communicate with local authorities and each other.

Coast Radio Darwin VKD 999 covers most of the Northern Territory. 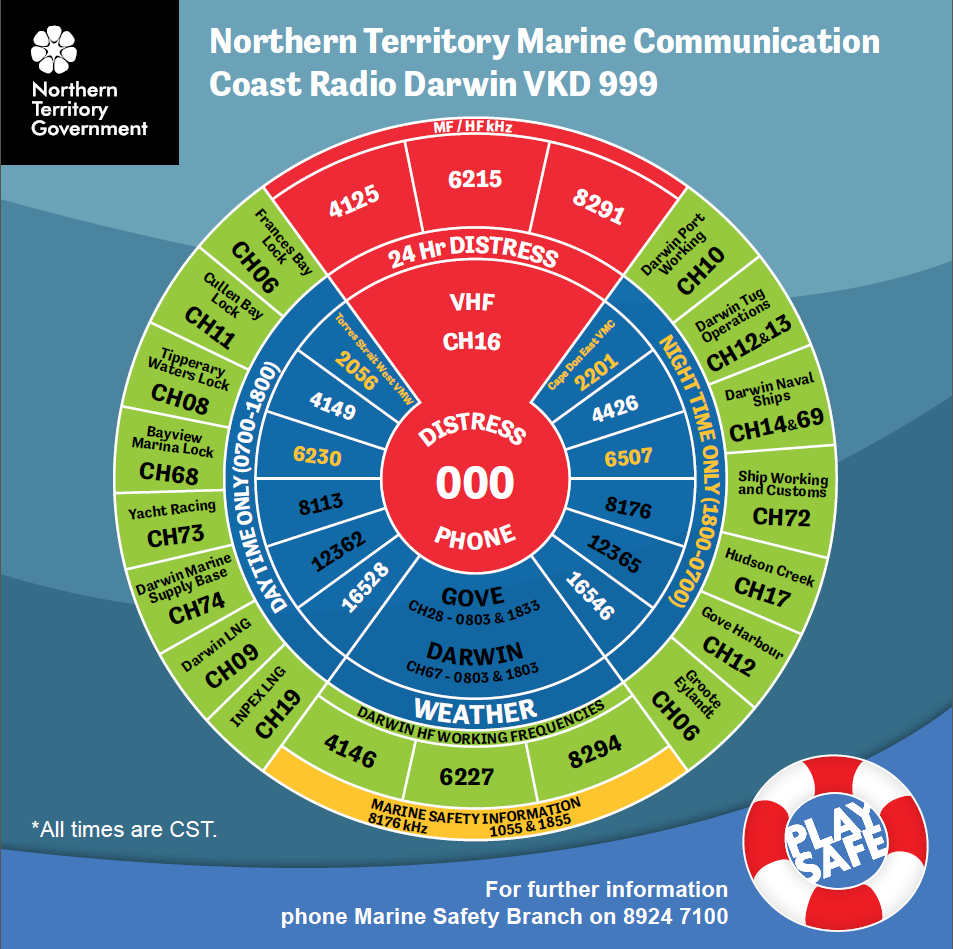 This system is based on Global Maritime Distress and Safety System principles which are part of the Safety of Life at Sea convention which focuses on large vessels.

There are two equipment types used:

Recreational boats operating in remote areas or on extended voyages, such as cruising yachts, may use this equipment.

This system is managed and monitored at the Rescue Coordination Centre in Canberra.

There are two HF radio stations used to operate this system, one at Wiluna (VMW), Western Australia, and one at Charleville (VMC), Queensland.