Pilotage is compulsory in the Port of Darwin pursuant to Northern Territory of Australia Government Gazette notice 4/14 of 4 April 2012.

All vessels 35m in length or greater within the compulsory pilotage area must either carry a licensed pilot or be under the lawful command of a master who holds a pilotage exemption certificate endorsed for the appropriate zones of the port and for the vessels being navigated within them.

Pilotage is compulsory for the port of Darwin:

The pilotage area of the port of Darwin is divided into seven zones, known as: 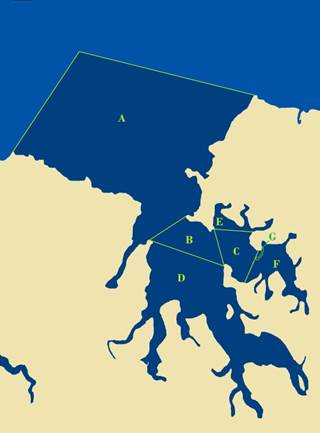 URL copied!
Related information
Back to top
URL: https://nt.gov.au/marine/for-all-harbour-and-boat-users/commercial-operations/pilotage-exemption-certificates/pilotage-zones 23 May 2022, 10:58 am