It offers visitors an outback four-wheel drive (4WD) experience, a quiet setting for bush camping and ideal picnicking and birdwatching.

This picturesque reserve is dissected by the Hugh River, its broad, sandy banks lined by shady river red gums.

Rocky gorges and red sand country add to its scenic appeal and in several places waterholes stay for a period after rain, attracting a variety of wildlife.

The area protected in Owen Springs Reserve is rich in Territory history.

One of the major results from Stuart's explorations was the construction of the Overland Telegraph Line that originally followed his track through Lawrence Gorge in the Waterhouse Range.

Australia's early pastoral history is also featured at the old Owen Springs Homestead ruins, which is the site of the first station homestead built in Central Australia. 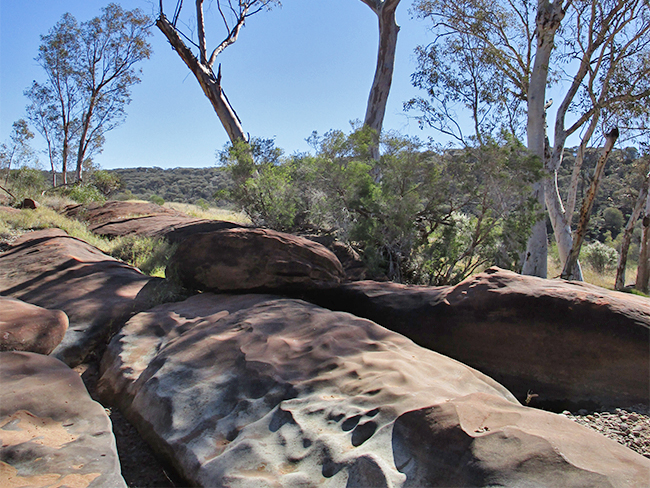 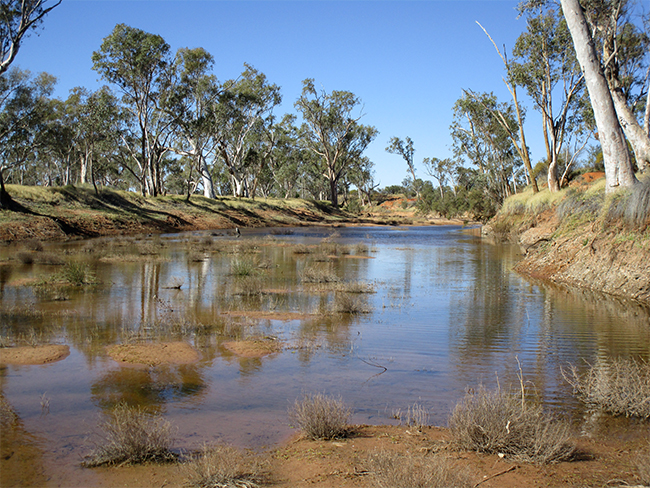 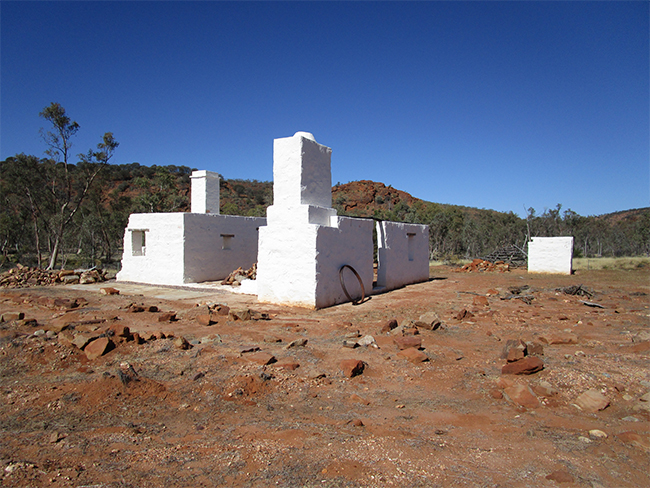 All year round. The best time to visit is during the cooler months from April to September.

Roads may be impassable and closed after heavy rains.

The park is only accessible with a high clearance 4WD vehicle.

There are two entrances to the reserve including either:

You can see and do all of the following in the reserve:

You can only camp near Redbank Waterhole and in areas between the signposts within Lawrence Gorge. There are no facilities. Camping fees apply and are payable on-site.

Redbank Waterhole is not permanent, so if it hasn't rained in a long time, the waterhole may have dried up.

Owen Springs Reserve has all of the following facilities:

When visiting the park remember all of the following:

You can have a safe and comfortable trip to Owen Springs Reserve by doing all of the following: