Buffel grasses are native to tropical and sub-tropical Africa, India and Indonesia.

They are used in Australia as a drought resistant pasture grass that thrives in sandy soils.

Buffel grasses have become naturalised in areas near Alice Springs and in western Queensland.

Originally planted for pasture and dust control in central Australia, buffel grass now imposes economic costs through the need to manage fire risks and to protect biodiversity assets and infrastructure. Some pastoralists are also concerned that productivity of buffel grass dominated pastures can decline in the longer term.

Buffel grass can have all of the following impacts: 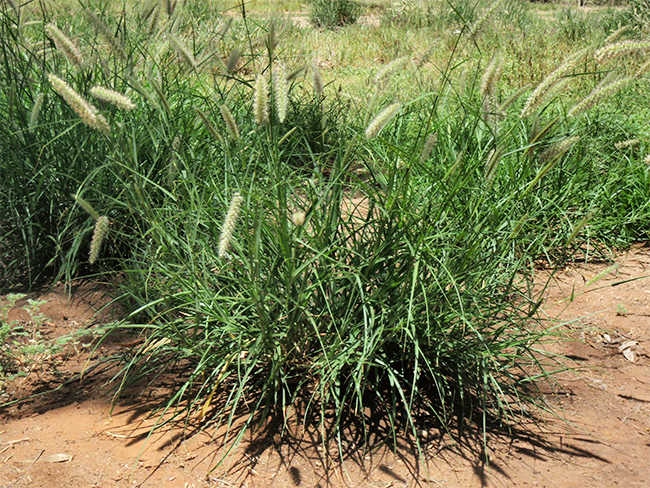 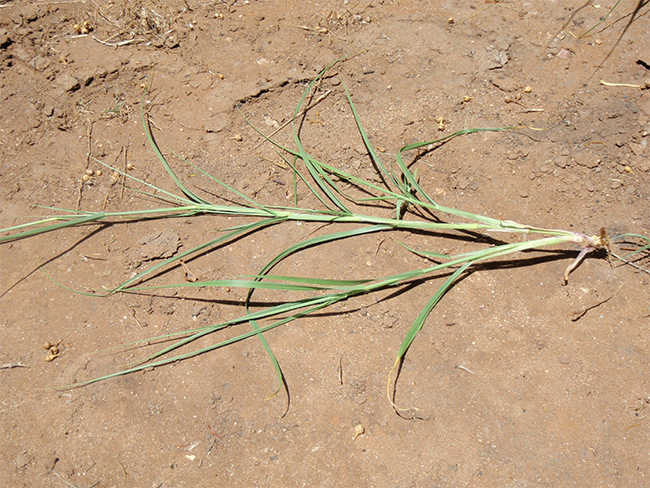 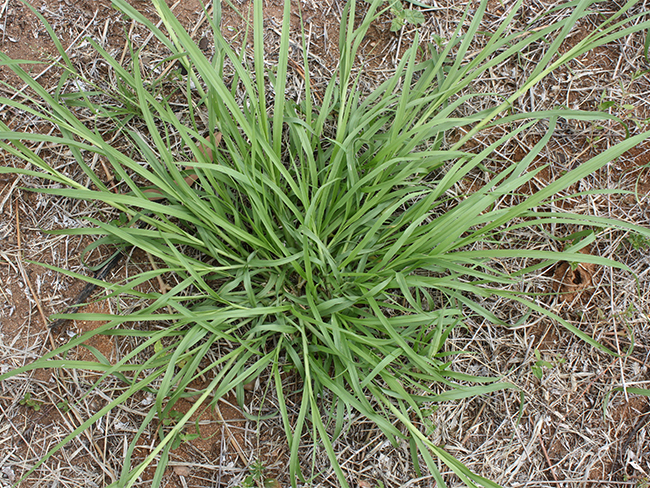 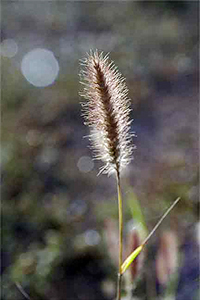 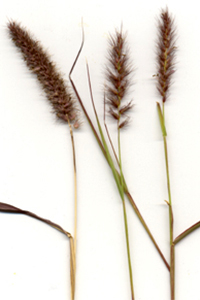 There are several chemical options available to control buffel grass.

The two main options are flupropanate and glyphosate. These can be used separately or together depending on the density and growth stage of plants.

Glyphosate is only effective when there is active plant growth so that the chemical can be absorbed through leaf tissue. However glyphosate does not control residual seed banks in the soil.

Flupropanate is a slow acting residual herbicide which is absorbed through the plant root system.

It can be applied at any stage of plant growth including when plants have hayed off. It controls both parent plants and residual seed banks.

Slashing or mowing may increase rates of buffel grass growth, but cutting prior to chemical control of regrowth can reduce costs and increase effectiveness.

Fire as a management technique is most effective when it is used together with other methods.

Buffel grass is extremely fire tolerant. Controlled burns as soon as possible after curing may reduce potentially dangerous high fuel loads, but this strategy can be risky and should only be undertaken with advice from fire authorities.

Burning may also be used to get rid of rank growth prior to applying herbicide to regenerating tussocks, but soil moisture must be sufficient to enable regrowth, and wind and temperature should be low. This integrated approach to management will reduce herbicide requirements and provide better kill rates.

Fire is not a recommended tool on its own for reducing or eliminating buffel grass.

Removing stock from areas which have been treated for weeds is a common management technique used by land managers. This can be done in short periods (pasture spelling), or it can be a reduction in stock numbers rather than complete removal. Supplementary feeding will also reduce grazing pressure on the land and allow the re-establishment of desirable plants which will compete with the undesirable weeds.

The Territory Government recommends that buffel grass be grazed at a utilisation rate of no greater than 20% or at a stocking rate of approximately 3-6 AE* (Animal Equivalents) per km², but this depends on rainfall, soil type and land condition (NB: * 1 AE = 450 kg steer or dry cow).

Buffel grass spreads readily where the soils have a crumbly or loose, soft surface, such as those in Central Australia. In southern regions of the NT buffel grass can be spread by grass seeds on people, animals, machinery and equipment.

You can prevent the spread of buffel grass by doing all of the following: