Ntaria (Hermannsburg) is located in Central Australia, 125 kilometres west of Alice Springs in the traditional lands of the Western Arrernte people.

With a population of 689 residents, Hermannsburg is part of the Ljirapinta Ward of the MacDonnell Regional Council. It is on a popular tourist route – Larapinta Drive - the gateway to attractions such as: 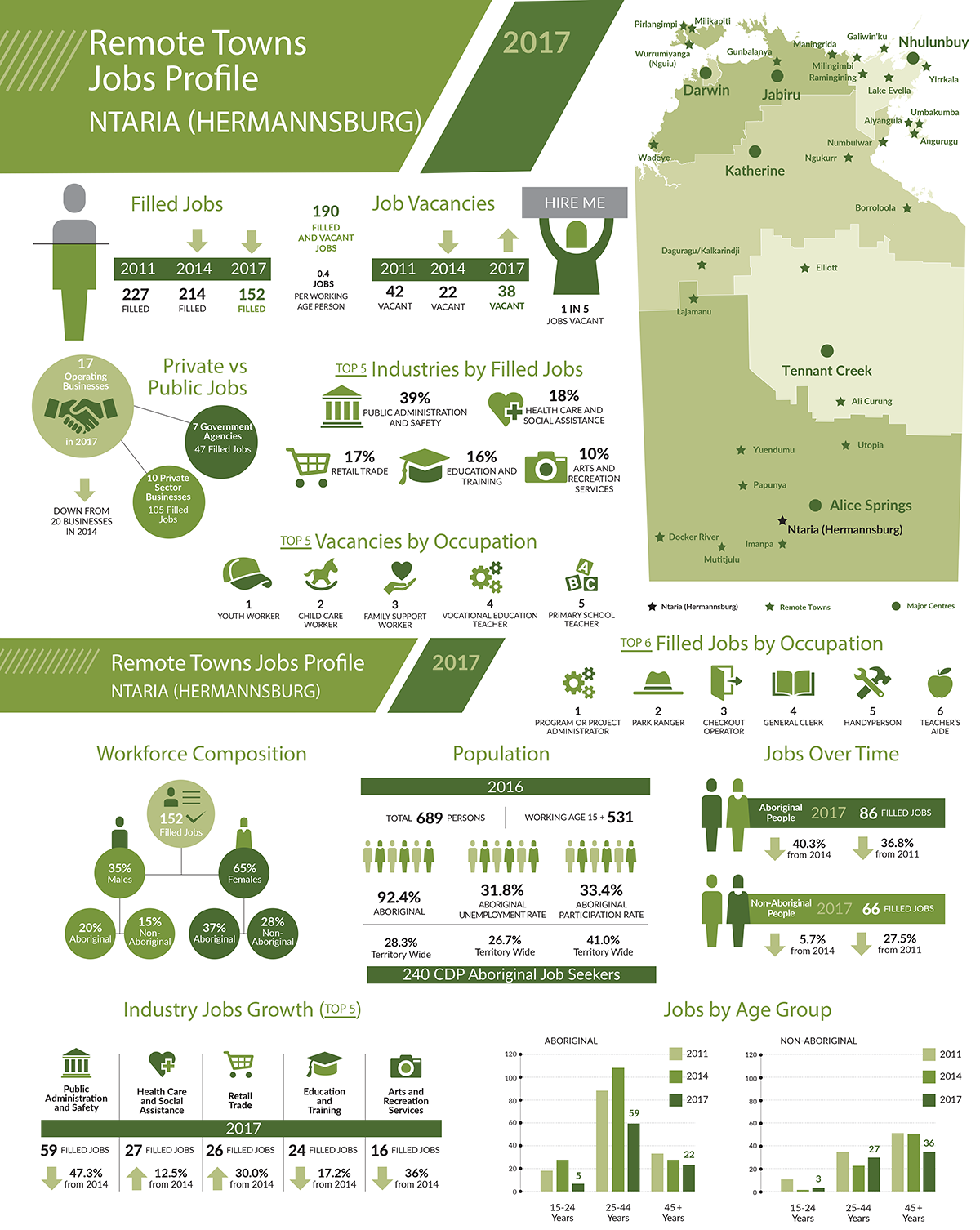 The community workplace planning guide can be used with the workforce planning template for Ntaria DOCX (804.7 KB). This template is populated with data from the 2014 remote town job profiles.

URL copied!
Back to top
URL: https://nt.gov.au/employ/for-employers-in-nt/skills-existing-and-needed/remote-town-job-profiles/ntaria-hermannsburg 17 May 2022, 2:49 pm