Borroloola has a population of 579 residents. 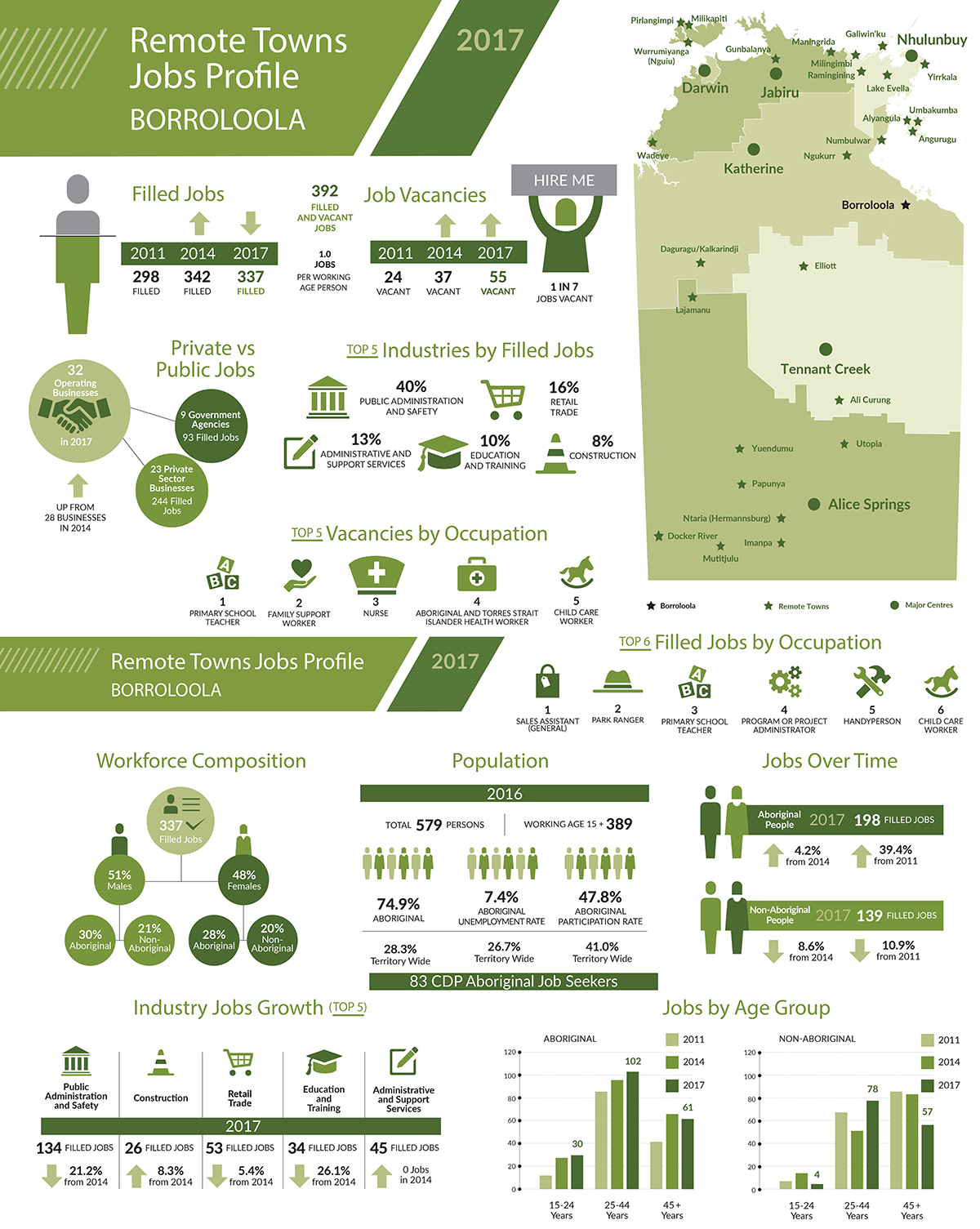 The community workplace planning guide can be used with the workforce planning template for Borroloola DOCX (794.7 KB). This template is populated with data from the 2014 remote town job profiles.