Parkinsonia is a Weed of National Significance. For more information, go to the Australian Government's Department of Environment website.

Parkinsonia is native to Central and South America, Mexico and southern USA.

It may have been introduced to Australia in the late 19th century as a shade tree for planting around water bores, dams and homesteads.

It is now found in established thickets throughout semi-arid Australia with infestations in Western Australia, the Northern Territory (NT), Queensland and northern New South Wales.

Parkinsonia is well established on the Barkly Tableland, in the Victoria River district and Gulf regions and occurs in various densities across most of the NT.

It can grow in a wide range of climatic and soil conditions. Once plants are established, they can tolerate heat and drought.

For more information, get the parkinsonia fact sheet on the Territory Stories website.

Parkinsonia infests nearly one million hectares, and threatens the agricultural and environmental values of over three-quarters of the Australian mainland.

Parkinsonia can have all of the following impacts: 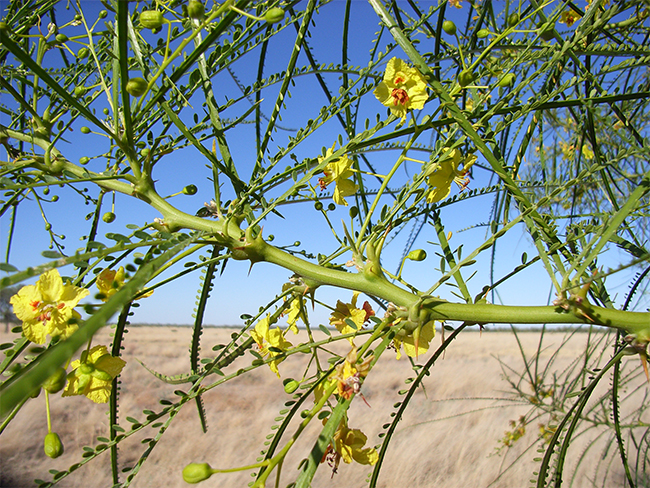 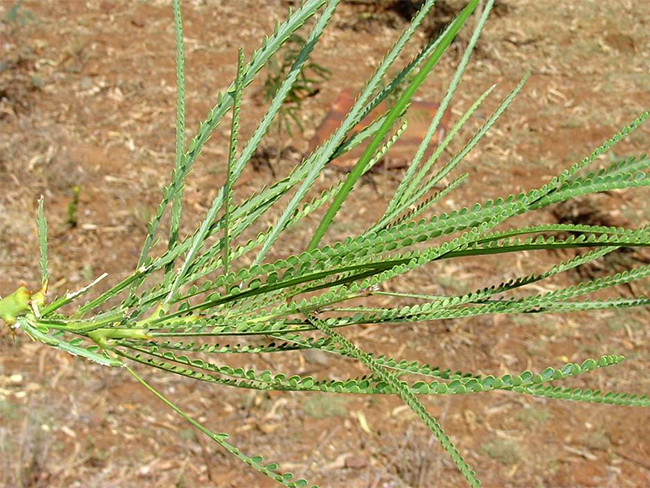 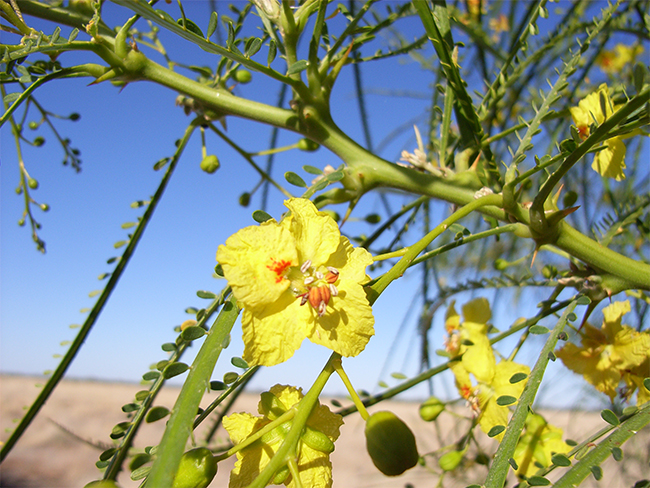 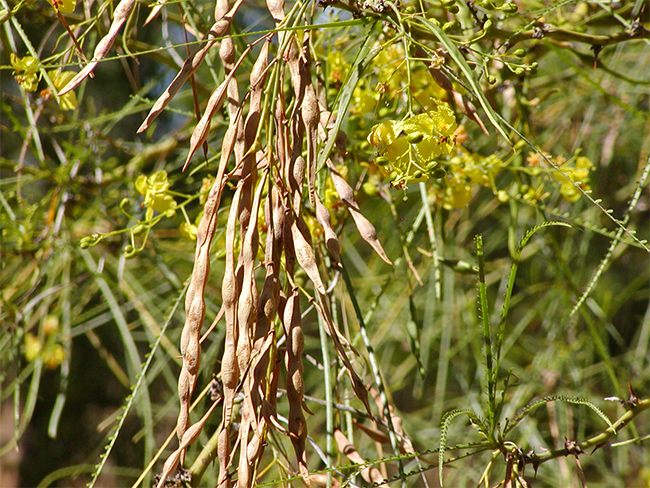 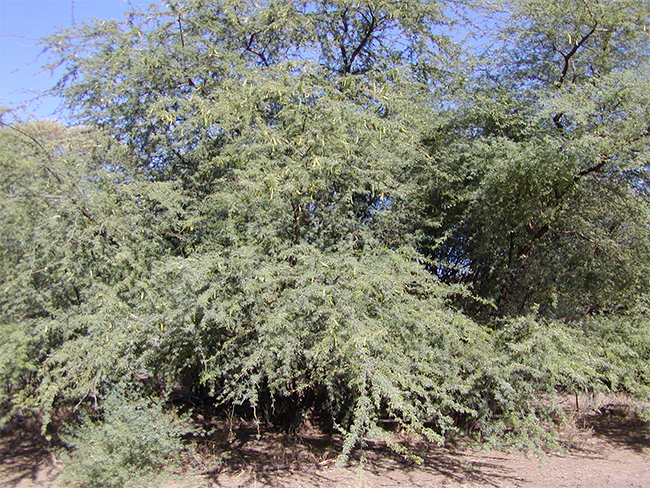 Prickly acacia (Acacia nilotica) is native to the tropics and subtropic of Africa, Pakistan, India and Myanmar. It is a thorny, umbrella-shaped single stemmed tree. 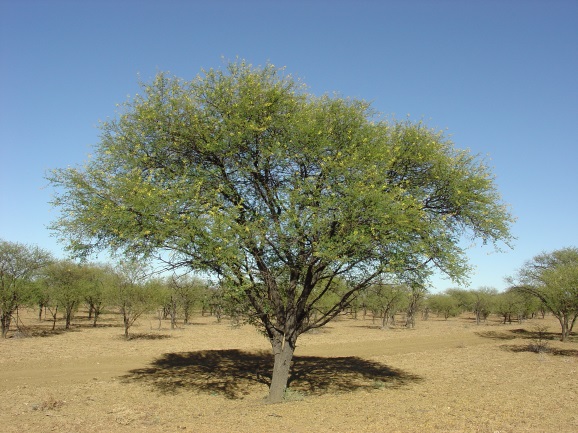 Mimosa bush (Acacia farnesiana) is native to Central and South America. It is a rounded shrub or small tree that forms thorny thickets that hinder mustering and stock access to water. It is not a declared weed in the NT. 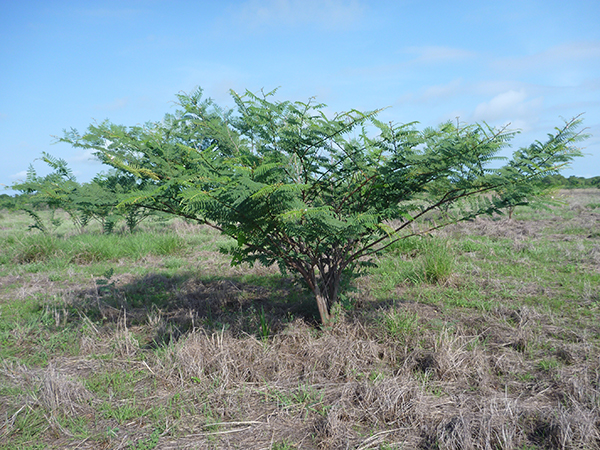 Mimosa (Mimosa pigra) is native to tropical America from Mexico to northern Argentina. Up to 140,000 hectares of land in the NT, 10% of the Territory's wetlands, is already impacted by mimosa. 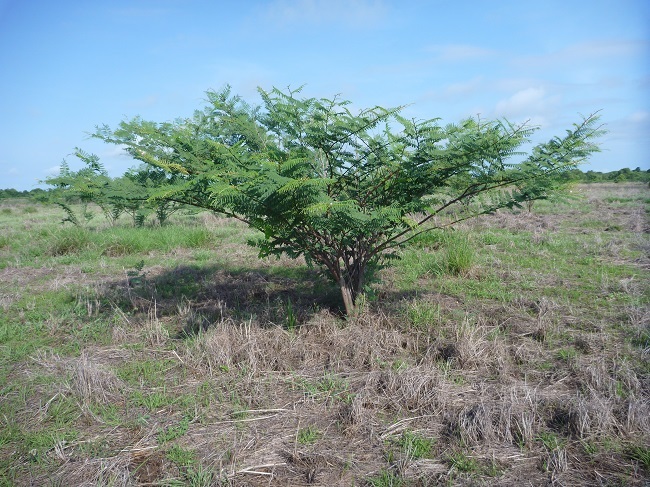 Read the what prickle bush is that? guide PDF (85.5 KB) to help you identify a prickle bush that might be parkinsonia.

The best time to treat parkinsonia is from March to May.

Basal bark and cut stump treatment can be done at any time of the year.

For basal bark you need to spray around the whole stem up to 30cm from the ground.

For cut stumps make sure the plant is cut off low to the ground and chemicals are applied to the exposed surface.

Weeds, including their roots, are pulled out of the ground by hand or using hand tools.

This is an effective method of control for individual weeds and recent outbreaks that haven’t released seeds yet.

A large blade with teeth attached to a bulldozer is used to clear large weed infestations.

A large heavy chain is dragged across the ground by heavy machinery to push over and pull out large weeds.

This method is useful for removing roots and providing access for burning.

It works best at the end of the wet season when the ground is soft and roots are easier to pull from the soil.

This method has been successful in prickly acacia control where dense stands are dry or in drought.

Fire as a management technique is most effective when it is used together with other methods.

It is useful for mass seedling control if there is a sufficient fuel load.

Re-planting native vegetation or desirable pasture or crop species creates competition for the weeds that are present.

It is especially useful when weeds have been removed as an established desirable plant will compete with the new weed seedlings as they emerge.

The parkinsonia biological control program is a collaboration between CSIRO and the Northern Territory, Queensland and Western Australian governments.

Read about biological control for more information on the parkinsonia biocontrol program.

The seed pods can float and are often carried down drainage lines and rivers for long distances.

The seeds have a thick and extremely hard coat and can stay viable in the soil for many years.

It can spread widely during flooding events and can be spread in mud sticking to machinery, animals and footwear.

Animals will often not eat the seeds, but they have been known to eat and spread seeds when there are limited choices for food, especially during drought.

You can prevent the spread of parkinsonia by doing all of the following: