Learn how to manage chinee apple on your property in the weed management guide PDF (2.9 MB).

Chinee apple is native to southern Asia and eastern Africa.

It was first recorded in the Torres Strait in 1863, and in Townsville, Queensland in 1916.

Since then it has spread extensively through the dry tropics in Queensland, mostly in disturbed areas.

It was probably introduced as a shade and fruit tree.

Isolated infestations occur in a range of tenures in the Top End and Katherine regions.

It is dense along small tributaries of the Katherine, Roper, McArthur and Victoria Rivers.

There are also known infestations in Bing Bong Harbour.

Chinee apple can have all of the following impacts: 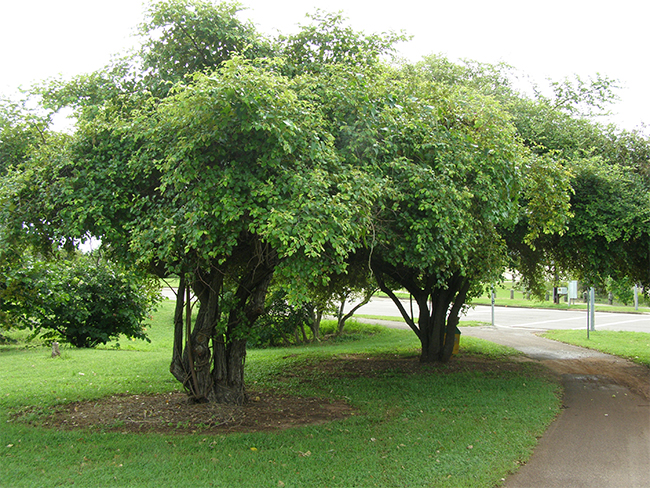 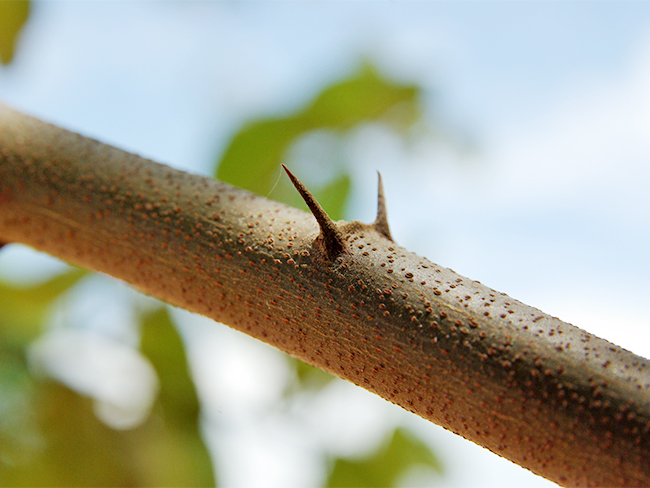 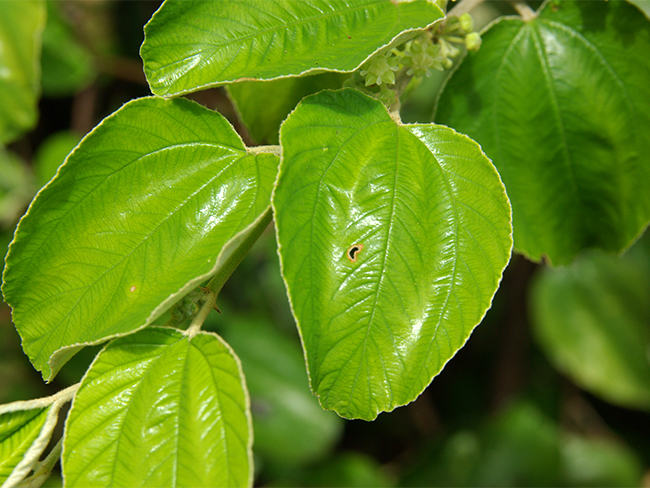 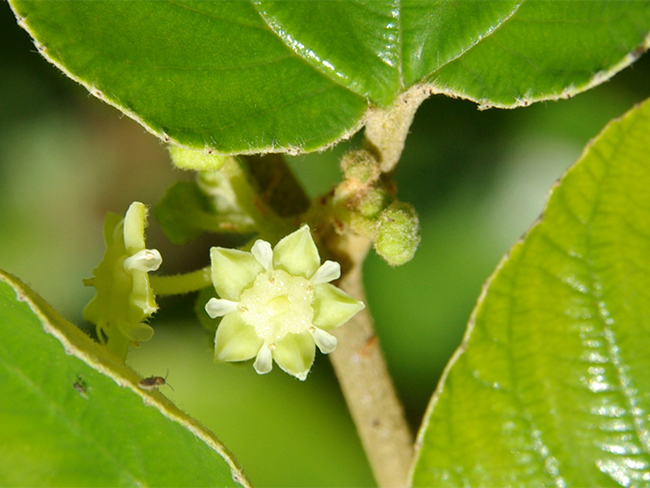 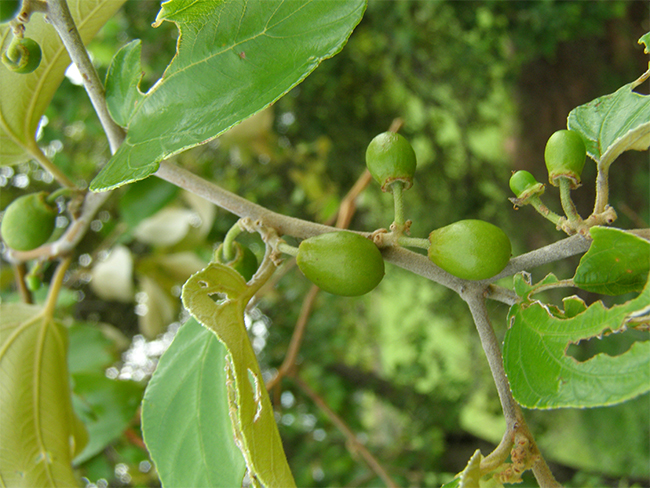 To find out more, get the Chinee apple weed note on the Department of Environment, Parks and Water Security website.

Mechanical control or burning can be used to improve access to infested areas for follow up chemical control.

Basal barking can be effective on trees of larger diameter.

Basal barking, being less labour intensive than cut stumping, may be a preferable option for sparse or remote infestations.

Cut stump applications may be the best management option for trees in urban/landscaped situations where the dead tree material will be removed to retain aesthetics.

The best time to treat chinee apple is from March to May. Below is a list of treatment methods that can be used.

Foliar spray is suitable for seedlings up to 1m tall. A fine spray with low application pressure enables good coverage of the whole plant. This method can be applied at any time that seedlings are actively growing.

This will be approximately March to May depending on the onset of rain and location.

This method involves spraying around the whole stem up to 300mm from the ground.

Cut stump treatments can be undertaken at any time of year, but are best administered during the active growing season. This method involves applying herbicide to a newly cut stump immediately following chain sawing.

Given chinee apple’s resilience to physical disturbance and its capacity to rapidly regenerate, follow up spraying of regrowth is essential.

A large blade with teeth attached to a bulldozer is used to clear large weed infestations.

Given the low levels of chinee apple infestations in the Northern Territory, this method of control is generally considered inefficient and cost prohibitive.

Chinee apple seeds can be spread by:

Germination is much more likely if the fruit has been eaten as this removes or damages the endocarp and releases the seeds.

Seeds can remain viable in soil for at least a year.

In the Northern Territory, most chinee apple spread can be attributed to deliberate plantings in homesteads and communities, some of which have spread far beyond original planting sites.

You can prevent the spread of chinee apple by doing all of the following: