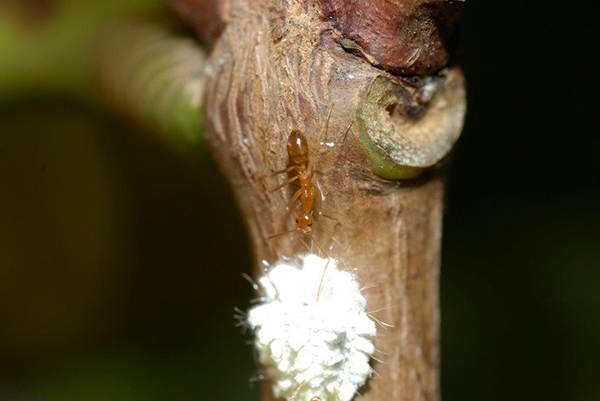 In the Northern Territory (NT), yellow crazy ants have been found in Darwin and Arnhem Land.

Yellow crazy ants are yellow-brown and around 4mm long. They have long legs and antennae.

Yellow crazy ants spray formic acid on their competitors or prey, which causes agitation or blindness in the animal. The ants will then swarm over the animal or insect. This acid doesn't affect people.

Yellow crazy ants are successful at invading and surviving new territory due to all of the following:

Yellow crazy ants have caused declines in native invertebrates and vertebrates numbers. These declines are usually from competition or predation.

They are fast at finding food and will swarm over native animals to move them out of an area.

These ants also cause the following:

If you think that you have yellow crazy ants at your home, contact the Wildlife Use and Pest Animal Unit: