Lake Evella is located about 540 kilometres east of Darwin and 220 kilometres west of Nhulunbuy.

Formerly Gapuwiyak, the town changed its name to Lake Evella for cultural reasons.

It lies adjacent to Lake Evella and the upper reaches of the Buckingham River, with a population of 1,153 residents. 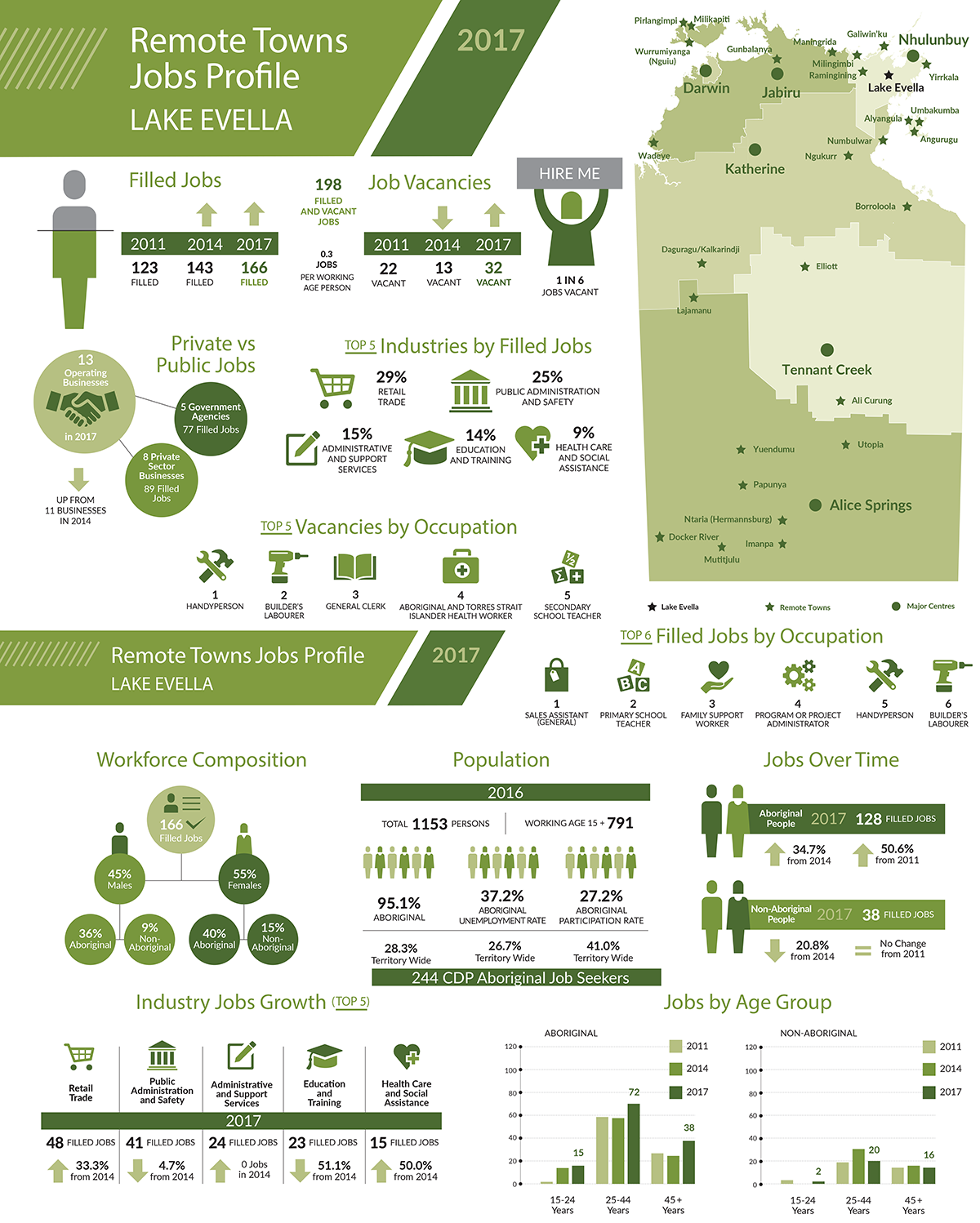 The community workplace planning guide can be used with the workforce planning template for Gapuwiyak DOCX (789.6 KB). This template is populated with data from the 2014 remote town job profiles.

URL copied!
Back to top
URL: https://nt.gov.au/employ/for-employers-in-nt/skills-existing-and-needed/remote-town-job-profiles/lake-evella 26 May 2022, 2:29 pm