Temporary changes and updates to bus routes and timetables in the Northern Territory (NT) are published below.

This means the bus will stop at the same locations as route 100, except Ulpaya Road, as follows:

This change is to help ease congestion on the road during school pick-up.

From Monday 23 November, a new timetable for route 14 will start.

From Monday 28 September, the new bus route exits the city via Cavenagh Street, instead of Smith Street.

Updated bus timetable has one to two minutes difference in the scheduled departure times from the Darwin bus interchange. 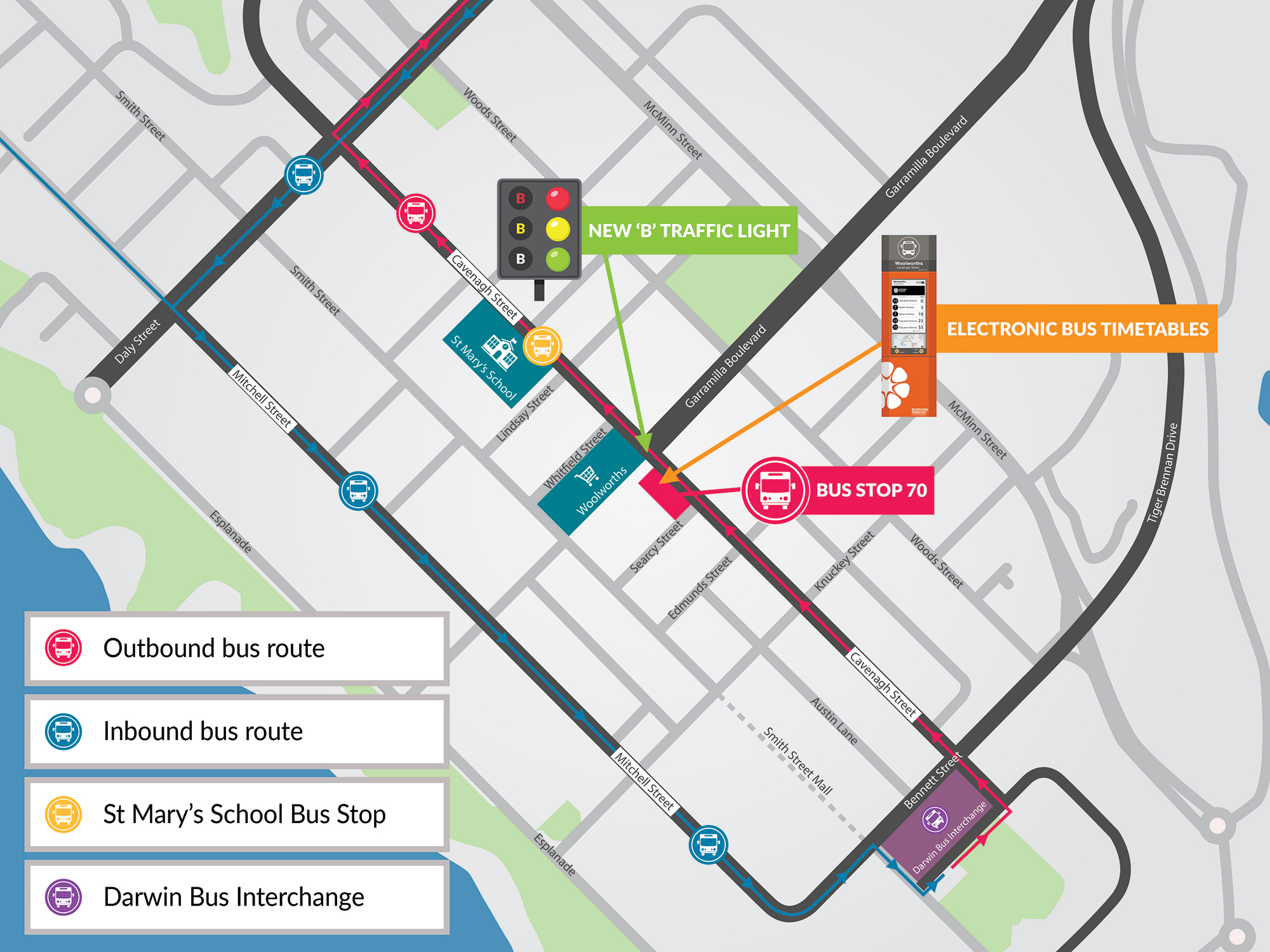 You can also submit your feedback on the Department of Infrastructure, Planning and Logistics website.