A Siam weed infestation was detected in the Top End of the Northern Territory (NT) for the first time in July 2019.

Siam weed is serious and weed management officers are assisting the landholders with control and eradication.

If you have seen it or think you have it on your property, report Siam weed.

Siam weed is native to Central and South America.

It has become a serious weed in Africa, South East Asia, Papua New Guinea and in North Queensland.

Siam weed was first found in Australia in 1994 at a grazing property near Tully in Queensland. Eradication was not successful.

Siam weed has not previously established in the NT.

You should not try to control Siam weed without contacting the Weed Management Branch first.

A control effort that is poorly performed or not followed up can help to spread the weed and increase the problem.

For more information, get the Siam weed brochure PDF (598.5 KB).

Siam weed can have all of the following impacts:

Siam weed has the following features:

You can use the NT WeedMate app to help you report sightings of the weed. For more information, go to the Department of Environment, Parks and Water Security (DEPWS) website.

To find out more, get the Siam weed note on the DEPWS website. 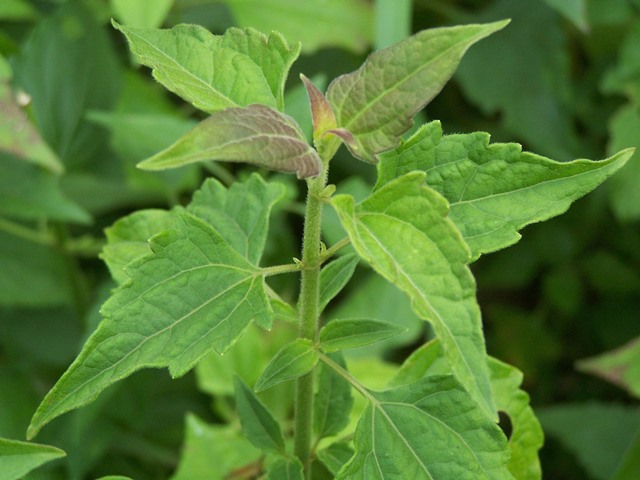 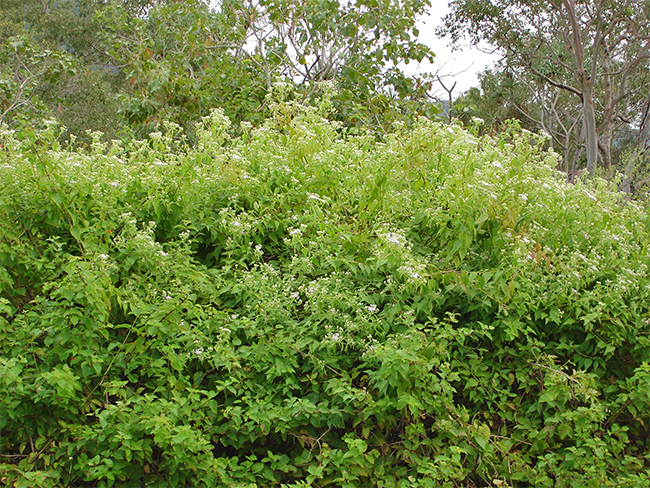 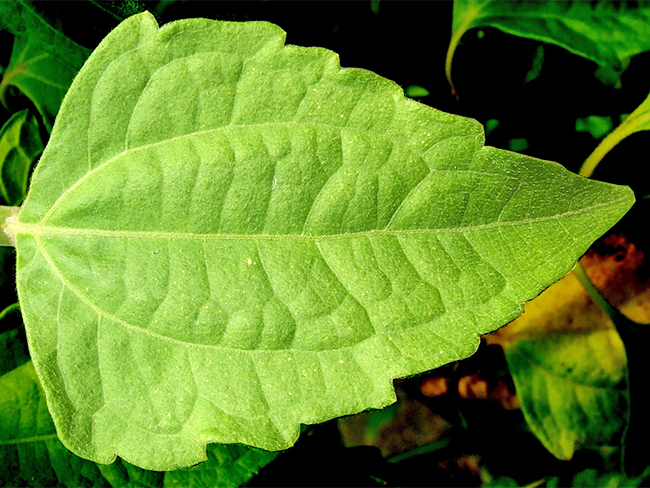 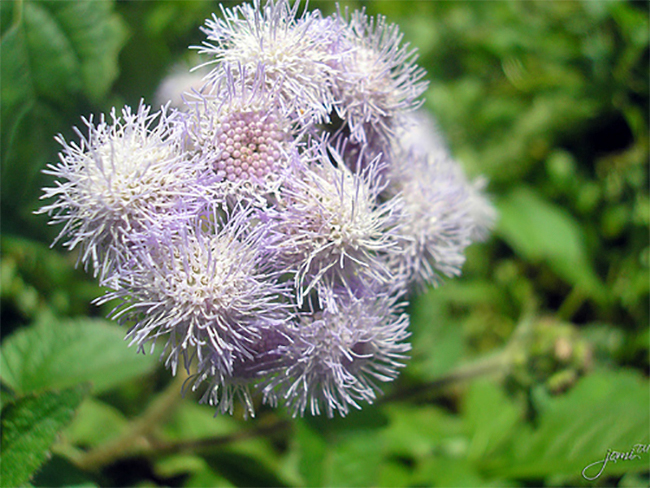 When young, Siam weed may be confused with billy goat weed.

Billy goat weed can be distinguished by its shorter growth habit (to 1m), shorter flower projections and roughly egg-shaped leaves rather than triangular. 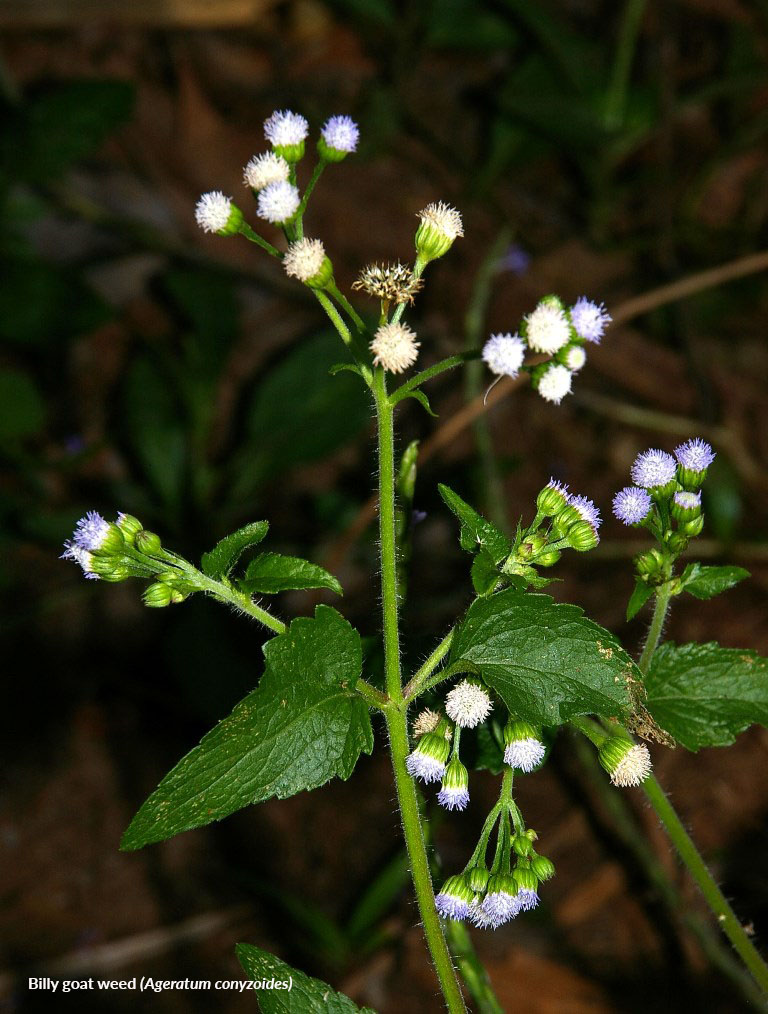 Mature plants show similar growth habits to lantana but lantana can be readily distinguished by its red and orange flowers. 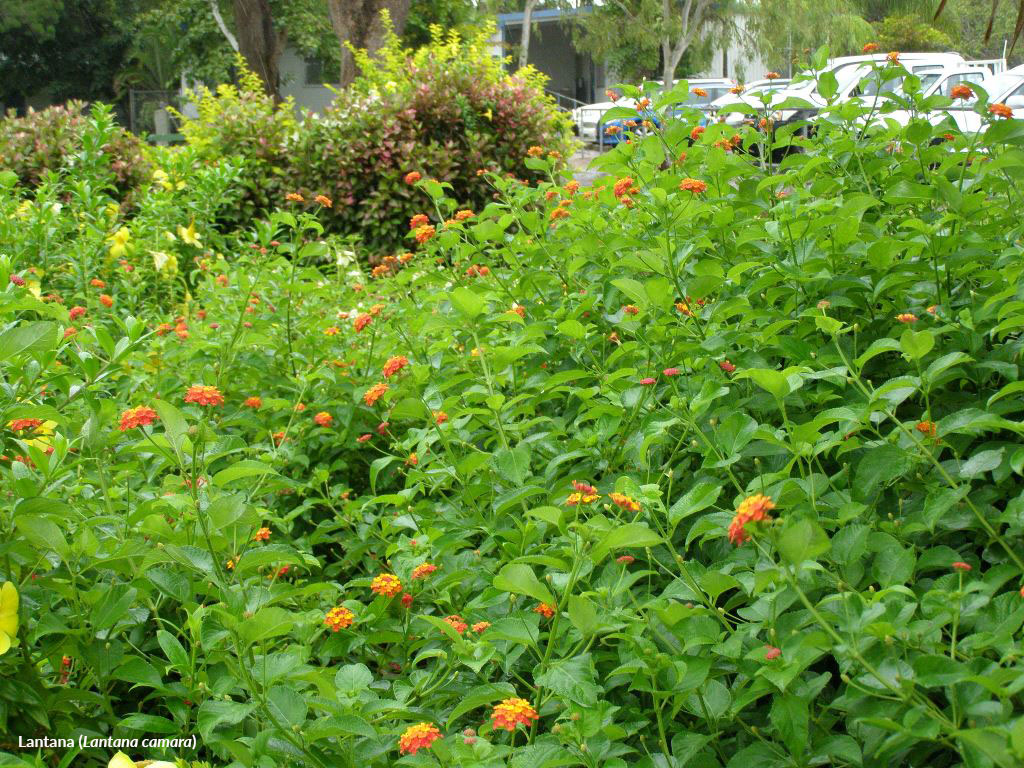 If you think you may have seen Siam weed, or have this weed on your property, don't attempt to control it.

You must immediately get assistance. You can either:

It can be spread by:

Vehicles and produce coming from areas in Queensland that are affected by Siam weed should be checked and cleaned before entering the NT and at individual properties.

Wash down areas should be closely monitored for Siam weed plants.