All opuntioid cacti species in the genera Austrocylindropuntia, Cylindropuntia and Opuntia are Weeds of National Significance except for the Indian fig (Opuntia ficus-indica) which is a crop plant. For more information, go to the Australian Government's Department of Environment website.

Native to the Americas, opuntioid cacti can grow throughout a wide climatic range.

Species are found throughout all Australian states and territories, growing across varied soil types in areas that receive above 150mm of rainfall annually.

The majority are drought-resistant and hardy.

Many species were deliberately introduced as food, fodder, ornamentals and for the former cochineal industry.

Some species have since proven to be highly invasive, others flourish in disturbed areas such as dumps and disused mine sites.

There are infestations of coral cactus (Cylindropuntia fulgida var. mamillata) on and around the rocky hillslopes surrounding Alice Springs.

There are no known specimens or infestations of Austrocylindropuntia spp. in the NT.

Find out more about infestations and what you can do to prevent the spread by reading the invasive cacti fact sheet PDF (3.1 MB).

For more information, get the rope cacti fact sheet on the Territory Stories website.

Opuntioid cacti can have all of the following impacts: 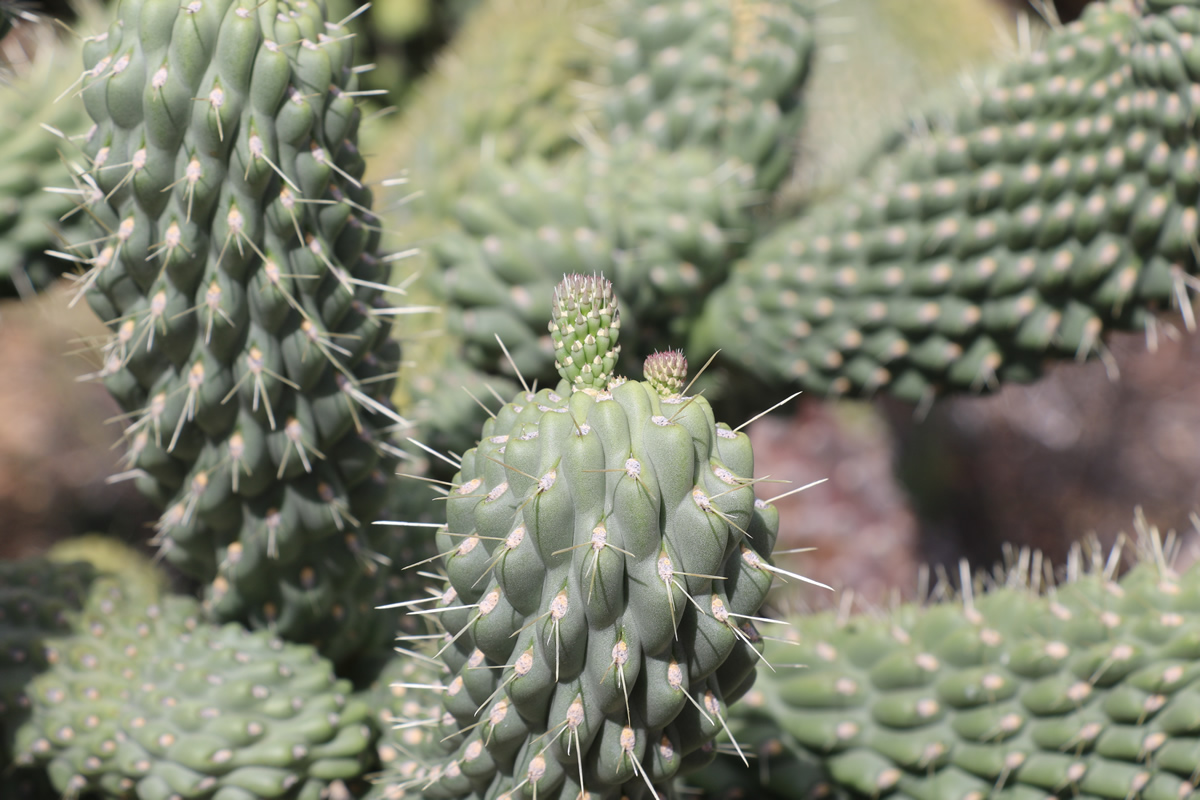 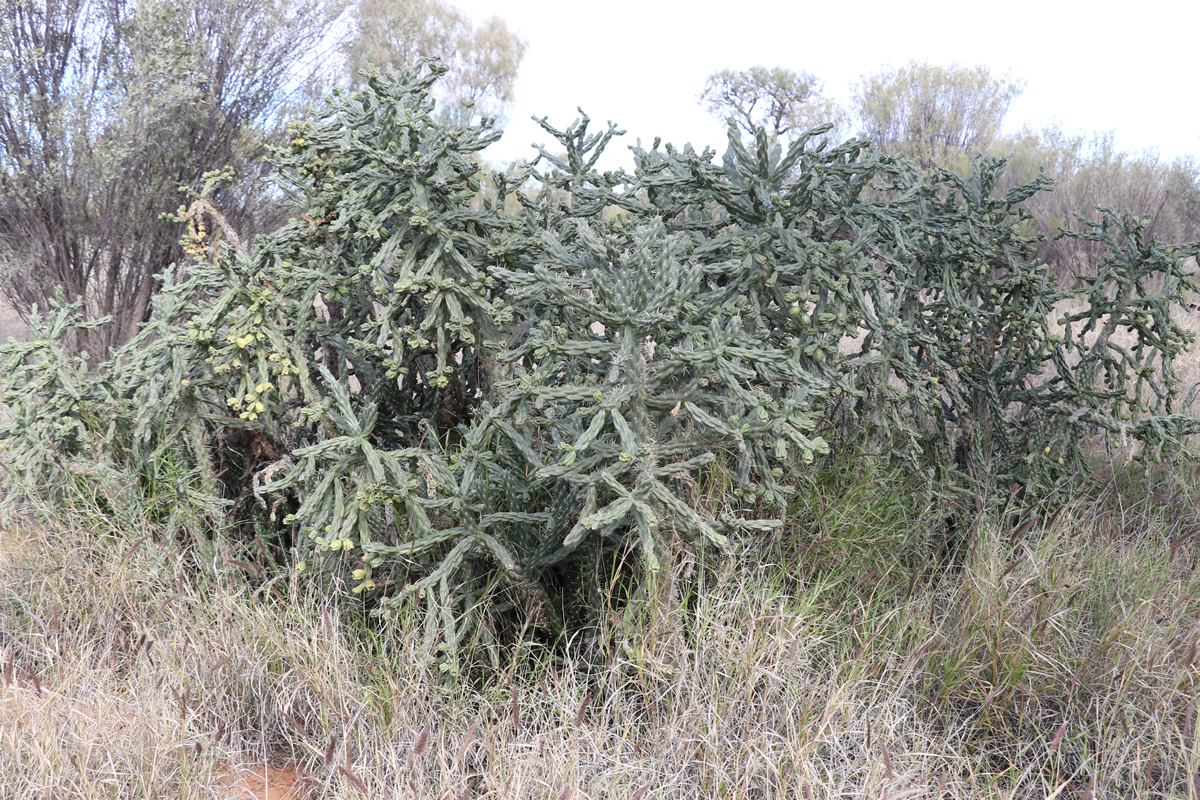 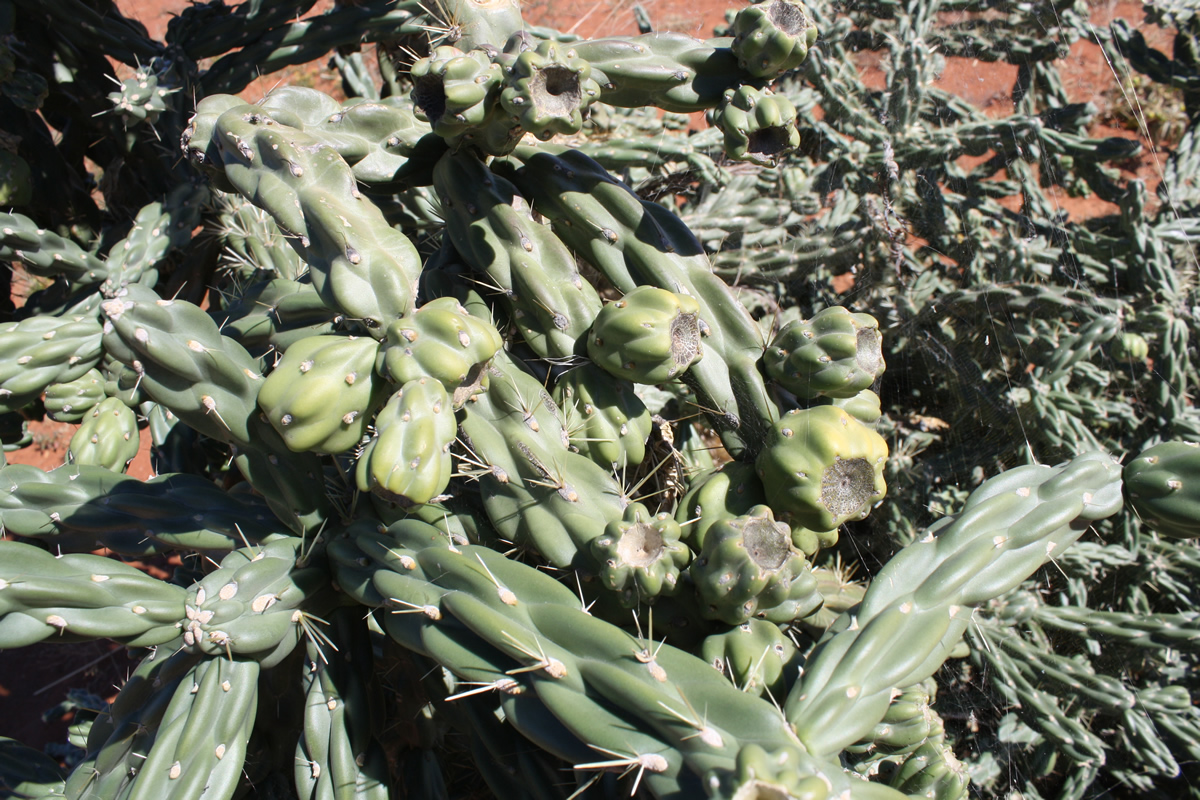 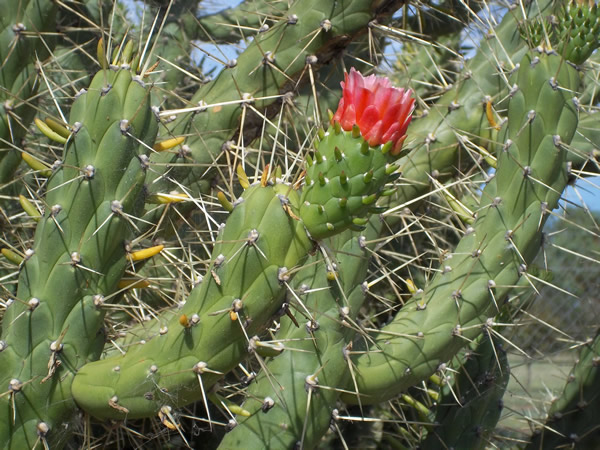 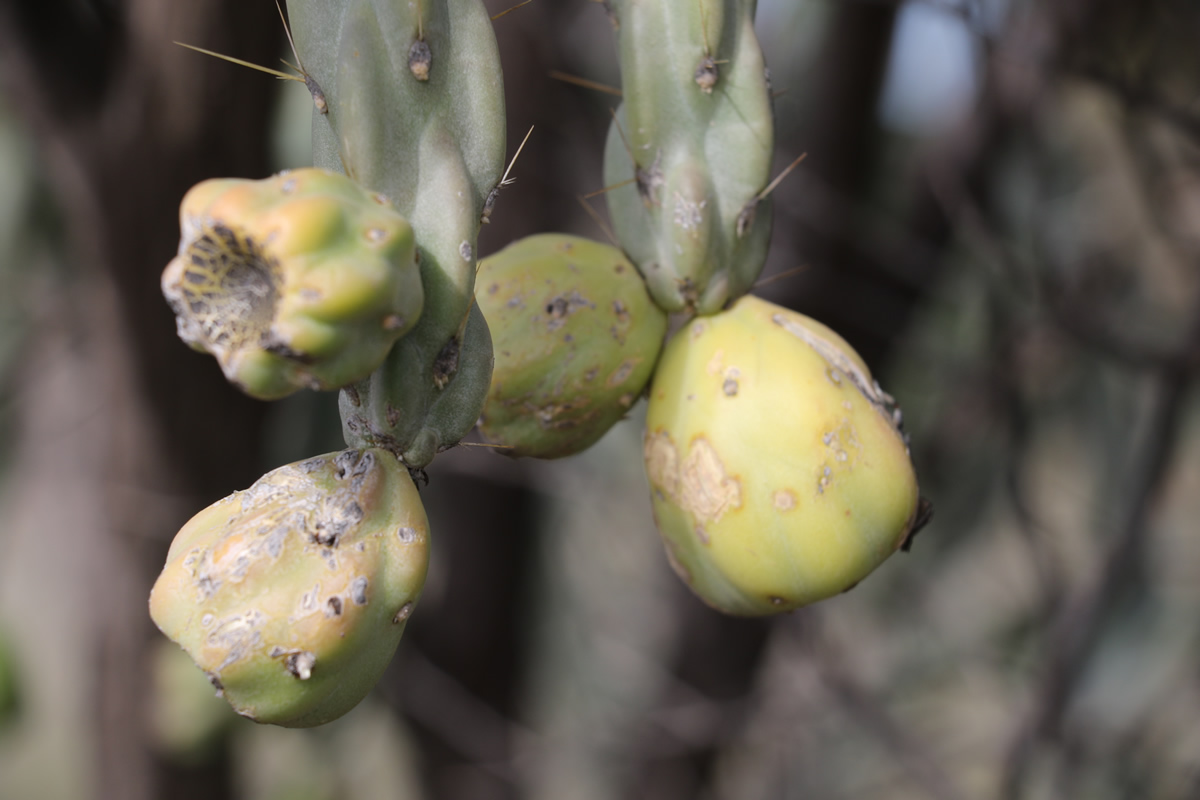 Any form or physical removal must remove all parts of the plant as they can regenerate from small fragments. For this reason large scale removal such as bulldozing is not effective and in fact will cause opuntioid cacti to spread further.

Alice Springs and Tennant Creek residents are encouraged to Bin it Don’t Spread It by getting cacti out of your garden before summer sets in. You can now dig out your declared cactus and put it into your wheelie bin for collection and removal to the waste management facility.

Species of cochineal insect can be used to control a number of rope cacti, however biological control with insects requires a heavier density of plants than is present in the NT to sustain insect populations.

Opuntioid cacti mostly spread via plant segments which break off and are distributed by animals, water, machinery, vehicles and people.

Some species also produce viable seeds within large, bright coloured fruit that are spread by birds and other animals.

You can prevent the spread of opuntioid cacti by doing all of the following:

To find out more about how to control opuntioid cacti, get the best practice manual on the Government of Western Australia's Department of Primary Industries and Regional Development website.

URL copied!
Related information
Back to top
URL: https://nt.gov.au/environment/weeds/weeds-in-the-nt/A-Z-list-of-weeds-in-the-NT/rope-cactus 26 May 2022, 10:25 am