Noogoora burr is native to the Americas.

It was accidentally introduced to Queensland late last century in imported cotton seed.

Noogoora burr has become a problem in Queensland, parts of New South Wales, South Australia, Western Australia and in the Northern Territory (NT).

In the NT, it is now established on many major river systems, including the Calvert, Daly, Mainoru, MacArthur, Victoria and West Baines.

Noogoora burr can have all of the following impacts: 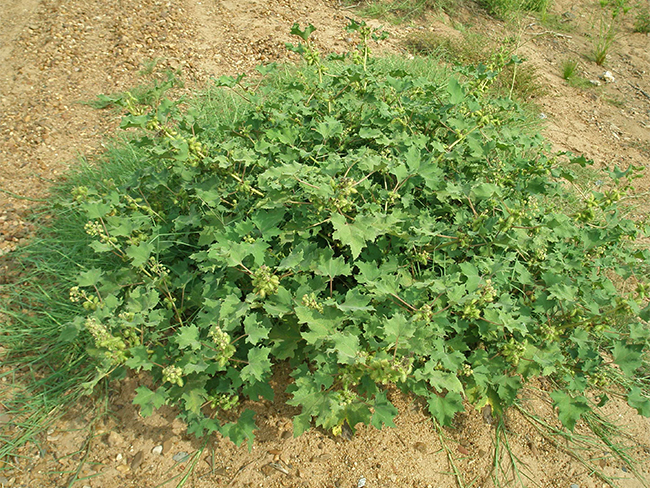 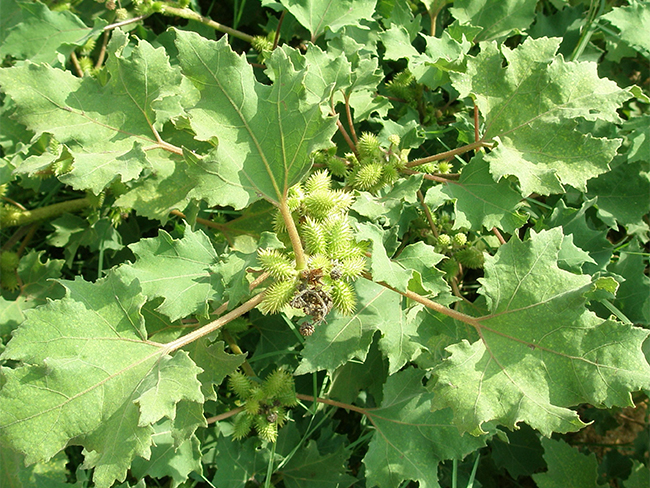 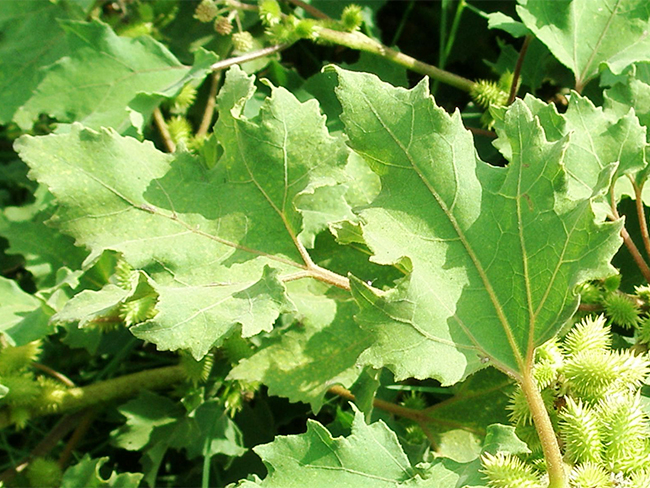 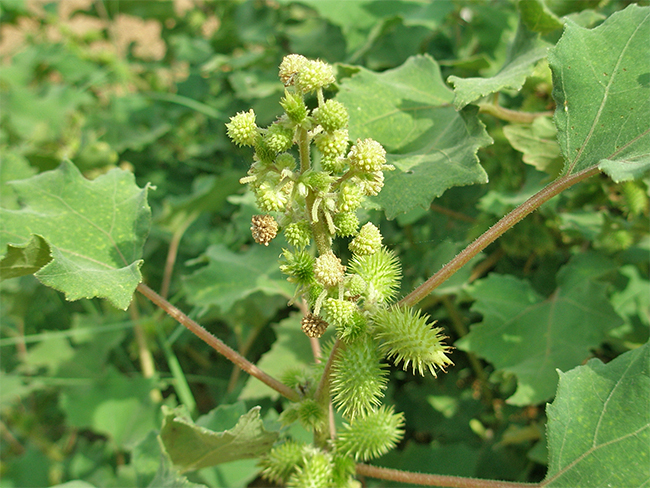 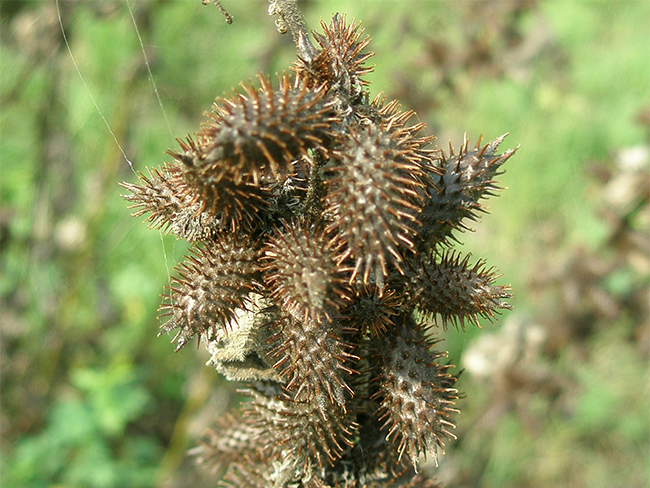 Bathurst burr (Xanthium spinosum) is also a declared Class B and Class C weed which occurs south of Tennant Creek. It is smaller, more branched, and has narrower, tapering leaves. 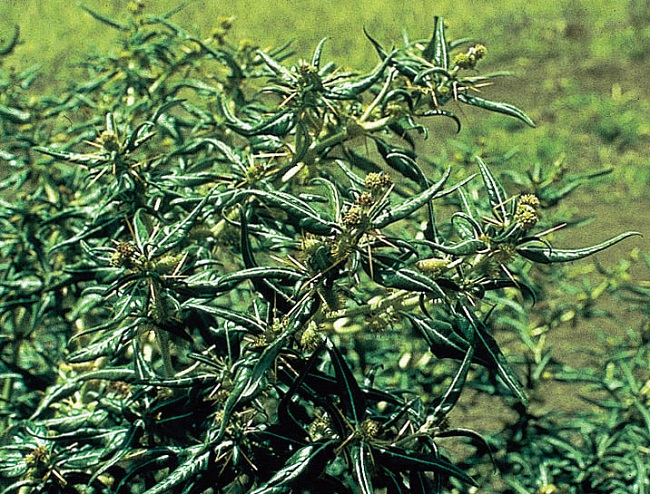 There are other burrs that are similar, but none are present in the NT.

The best time to treat noogoora burr is from December to April. Below is a list of treatment methods that can be used.

Noogoora burr was one of the first weeds in Australia to be considered for biological control, and two agents have been released against it in the NT.

See the How to manage weeds page for more information about the noogoora burr biocontrol program.

Noogoora burr is spread by the seeds in its characteristic burrs. They adhere to animal hair and are spread by cattle. Preventing this spread can be costly and labour intensive.

You can prevent the spread of noogoora burr by doing all of the following: