It's illegal to buy, sell or transport neem plants or seeds in the Northern Territory (NT).

Neem has a statutory weed management plan that outlines the legal requirements for control.

Go to the Territory Stories website to read the:

Mature neem trees in garden settings are not the focus of management efforts and landholders will not be fined for existing plantings. However, removal is encouraged. You must remove all seedlings to prevent further spread.

Neem is believed to be native to the tropical woodlands of northeast India and perhaps other parts of the Indian sub-continent.

Unfortunately, neem was deliberately introduced into Australia as a garden ornamental, for shade and for the production of azadirachtin, a broad spectrum insecticide.

Neem is widely spread across northern Australia where it has proliferated in many creek, river and drainage systems.

In the NT, neem has become well established in the Katherine River system.

It is also prevalent in the Victoria River District, Roper and Gulf districts.

Neem has proven to be highly invasive and competitive.

Their large size and preference for wet areas means that control can be difficult and expensive.

Their deep tap roots and extensive lateral roots allow them to flourish, even in areas affected by seasonal drought.

Neem can have all of the following impacts:

58% of the Territory is climatically suitable for neem establishment.

You should use the below images as a guide. There may be other plants or weeds that look similar. 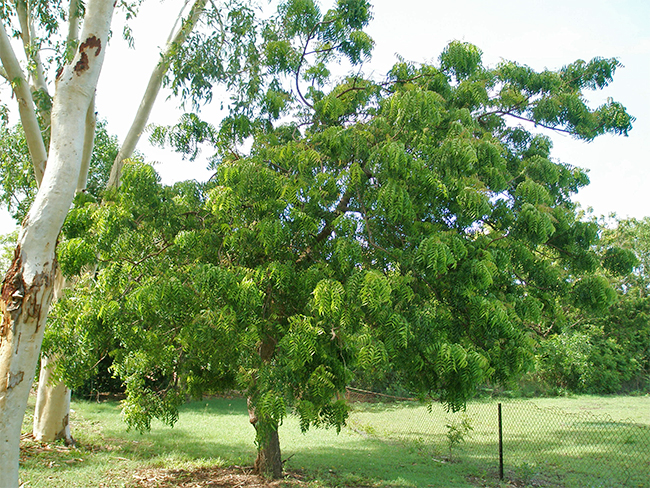 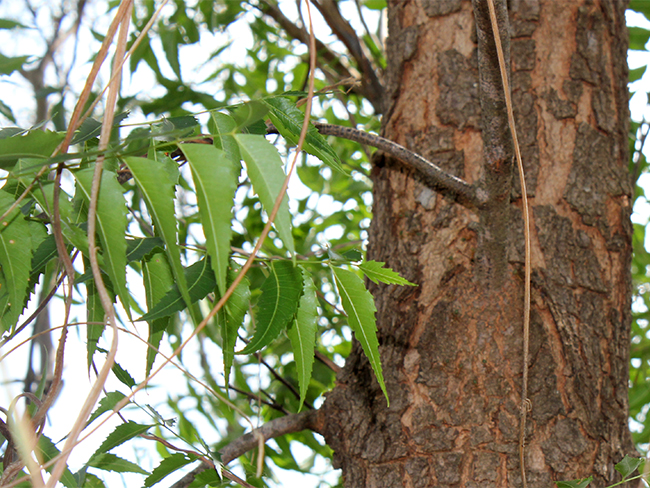 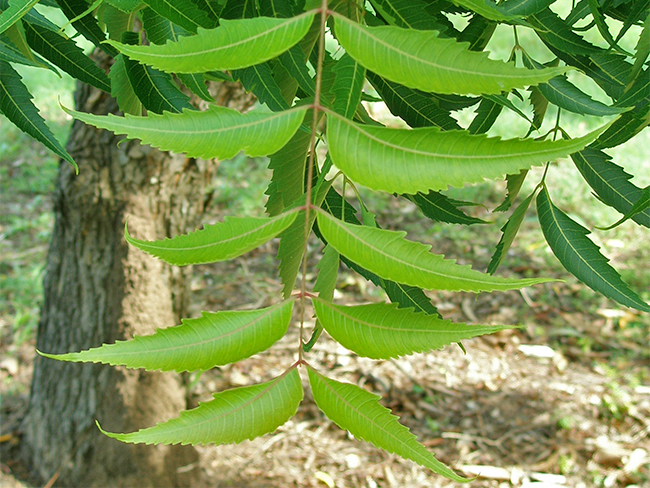 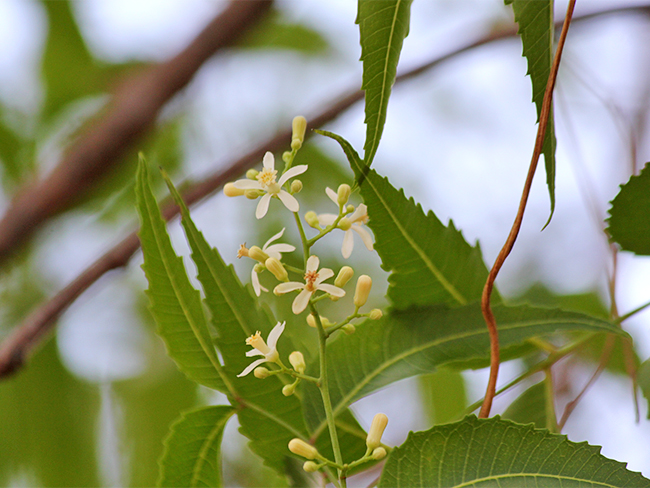 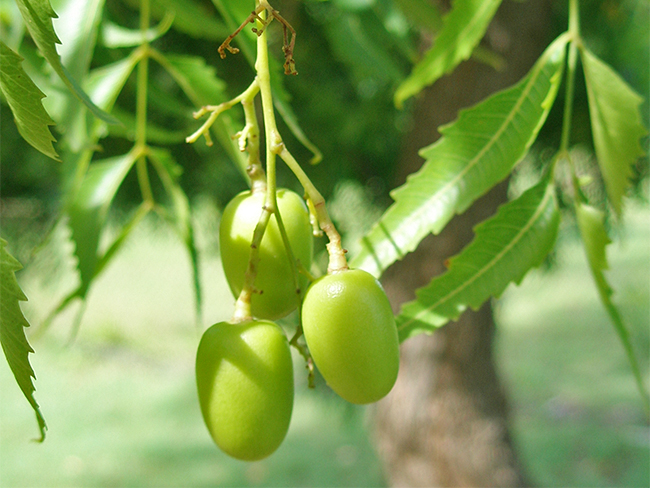 To find out more, get the neem weed note on the Department of Environment, Parks and Water Security website.

The best time to treat neem is from March to May.

Physical removal should be done before fruit grows to stop seed spread.

This is an effective method of control for individual weeds and recent outbreaks that haven't released seeds yet, but it requires a lot of labour.

A single mature neem tree can produce up to 50,000 seeds per year.

These seeds are then spread by birds and bats that ingest the fruit.

This has contributed to significant spread along waterways.

You can prevent the spread of neem by doing all of the following: