Mexican poppy is native to Mexico, but also occurs naturally in Texas and Central America.

It was introduced to Australia accidentally in the early 1800s possibly as a contaminant in wheat seed.

It generally establishes on disturbed ground, spreading along roadsides, riverbanks, sandy flats and the beds of intermittent streams.

It was first recorded in Australia in 1845. It has since become troublesome in Queensland, New South Wales, and Western Australia.

In the Northern Territory (NT), Mexican poppy is now well established throughout multiple central Australian river systems and there are scattered infestations on the road and rail corridors.

It prefers subtropical and semi-arid climates where it can grow on a wide range of soil types, especially those that keep high moisture during summer.

Mexican poppy can have all of the following impacts: 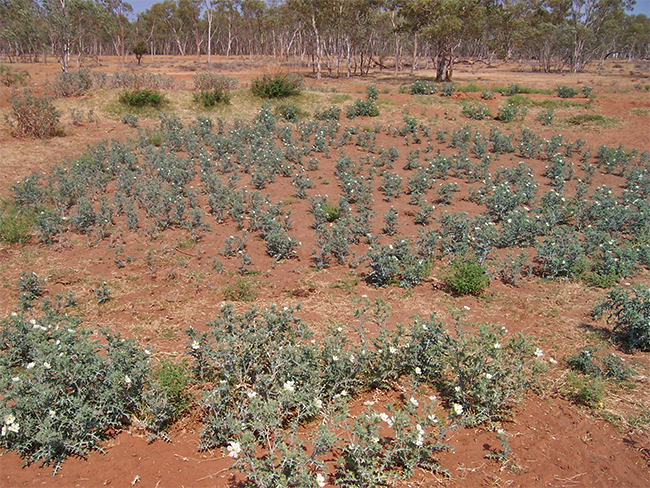 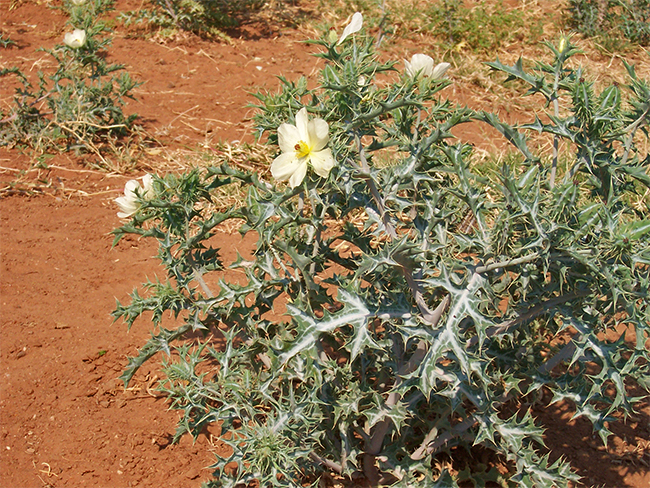 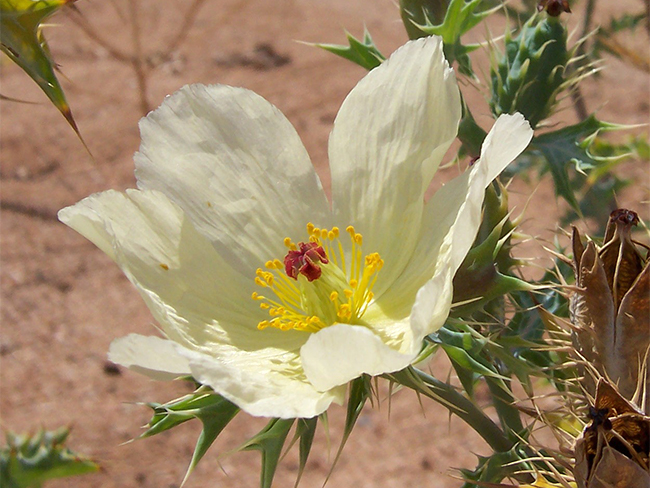 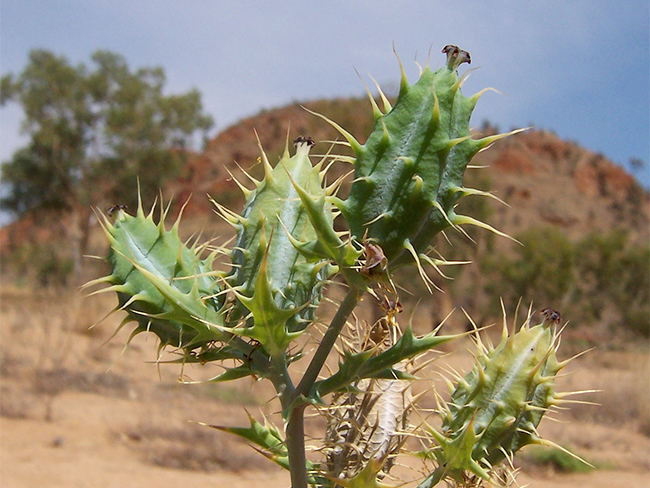 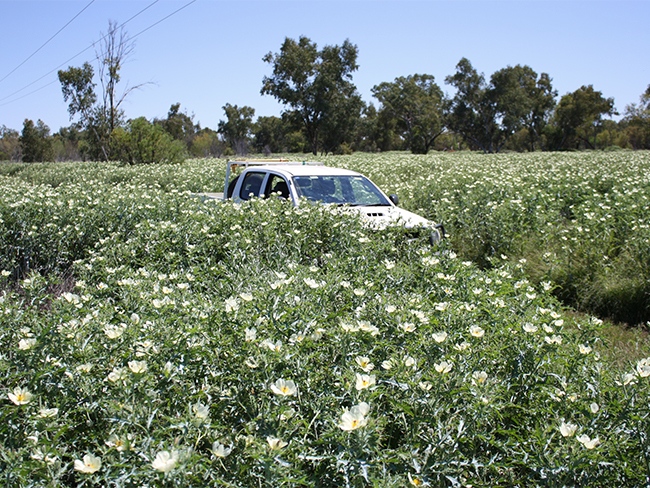 To find out more, get the Mexican poppy weed note on the Department of Environment, Parks and Water Security website.

The best time to treat Mexican poppy is from December to February. Below is a list of chemicals and treatment methods that can be used.

Non-chemical control aims to limit the production and spreading of seeds. Seeds stay dormant in the soil for up to seven years, so getting rid of the weed needs regular follow up control for several years.

Take extra precautions to stop seed spread if removal is required once the plants are already seeding.

Mexican poppy is only propagated by seed, which tend to fall near the parent plant, sometimes leading to dense, almost pure stands, but they can be spread by water.

Accidental spread is a problem, through the transfer of contaminated construction materials Inadvertent transport of seed has occurred from river sand extracted from the numerous sand mining extraction licences established in the Todd River and Roe Creek as well as the points of sale of river sand used primarily for construction and back filling.

Users of construction and landscaping products should be aware of the potential for weed spread and establishment.

In central Australia new infestations of Mexican poppy have recently developed in areas where river sand and gravel have been used for landscaping and construction purposes.

You can prevent the spread of Mexican poppy by doing all of the following: