Mexican feather grass is not known to be present in the Northern Territory (NT).

It is not known to be naturalised anywhere in Australia at the present time. However, it has now been found in Victoria, New South Wales, Queensland and Western Australia.

It is similar to serrated tussock in terms of ecology and growth and has the potential to invade up to 14 million hectares in Australia, a far greater area than serrated tussock.

Mexican feather grass was introduced to Australia when mislabelled and sold as an ornamental plant under the names Elegant Spear Grass, Pony Tail and Angel's Hair.

In 2008, an estimated 4,000 Mexican feather grass plants were supplied and sold through retail stores in Victoria, Queensland and New South Wales.

Following prompt action by DPI officers and retailers in Victoria, suspect plants were removed from sale and a state-wide recall of Mexican feather grass plants was initiated.

It has escaped from cultivation in New Zealand and has become a weed that is continuing to spread.

Mexican feather grass poses a serious threat to Australia. It is closely related to other exotic grasses, including serrated tussock and Chilean needle grass which are both Weed of National Significance.

For more information visit the Weed of National Significance website.

Mexican feather grass could have all of the following impacts: 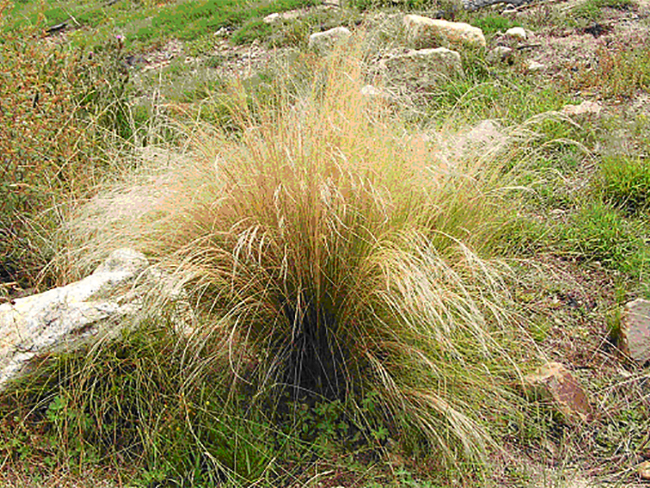 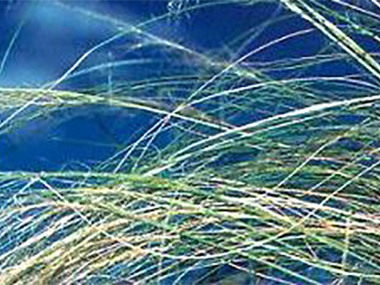 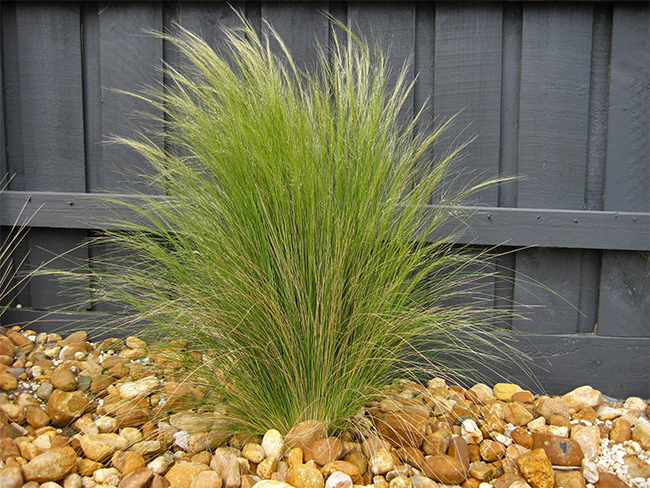 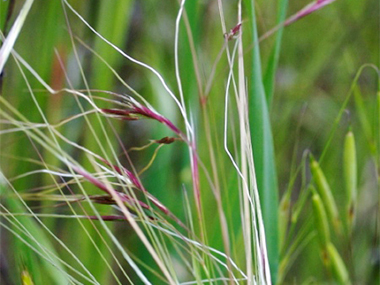 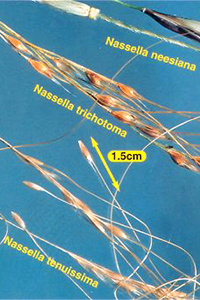 If you think you may have seen Mexican feather grass in nurseries, gardens or established settings, or if you have this weed on your property, do not attempt to control it. Contact the Weed Management Branch immediately for assistance.