You can also read a summary of the athel pine 2021 weed management plan review PDF (1.0 MB).

Athel pine is native to northern Africa, the Arabian Peninsula, Iran and India.

It was introduced to Australia around 1930 from California as a shade tree.

The first plantings were at Whyalla and Broken Hill and it has since been planted extensively around New South Wales, Queensland, Western Australia and the Barkly Tableland and Alice Springs regions of the Northern Territory (NT).

In the NT athel pine has invaded the Finke River, the largest river system of Central Australia, and extends for 600km along this watercourse.

Athel pine can have all of the following impacts: 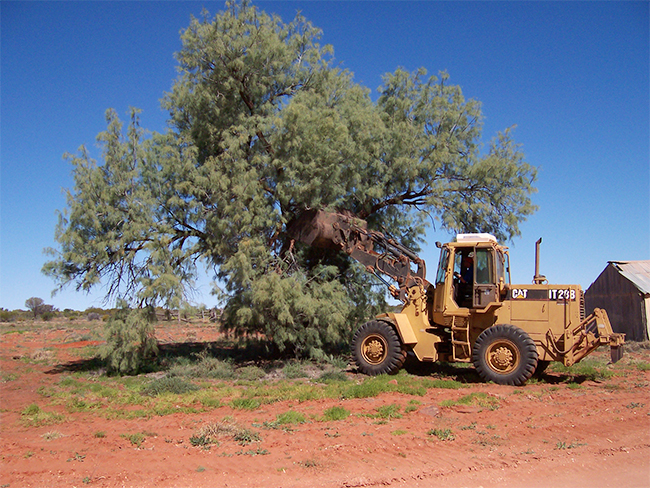 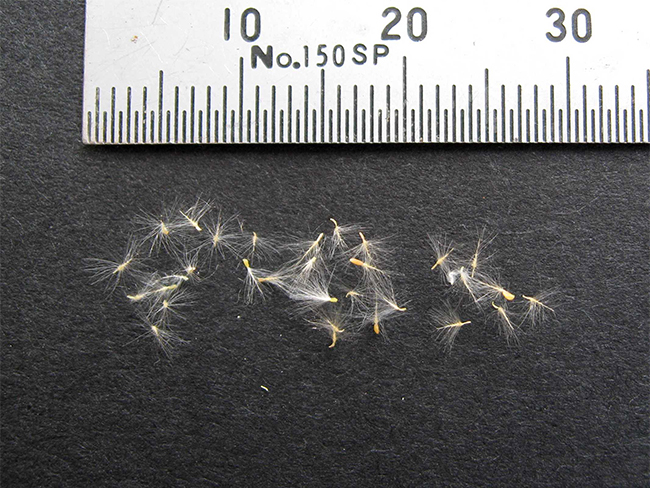 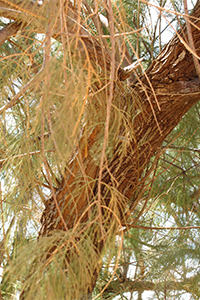 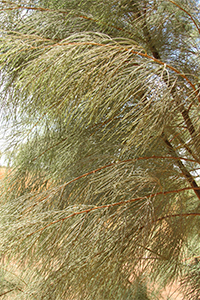 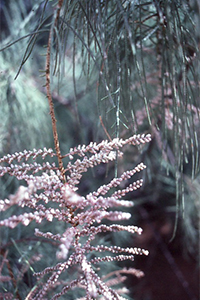 To find out more, get the athel pine weed note on the Department of Environment, Parks and Water Security website.

Tamarisk ramosissima has invaded many arid land reserves in the United States and is also a potential invader of streams and marshes in Australia. It only grows to about half the size of athel pine.

Casuarinas or she-oaks are very similar in appearance to athel pine, however they have hard, woody fruit like mini pine cones and lack true flowers.

Large, established athel pine trees are difficult to control. Large trees can be cut off at ground level followed by herbicide application to the stump. The tree should then be taken away from any drainage area and burnt.

These chemicals and rates are specified by APVMA permit PER81696 which allows minor use of an agvet chemical product to control seedlings athel pine in non-crop areas in and near dry ephemeral waterways. The permit expires on 30 November 2020.

Don't contaminate streams, rivers or waterways with the chemical or used container.

Withholding Period: Garlon 600 Herbicide (or equivalent): Not required when used as directed. Fluroxypyr products: Don't graze or cut for stock food for seven days after application.

This is an effective method of control for individual weeds and recent outbreaks that haven’t released seeds yet, but it requires a lot of labour.

Athel pine seeds are distributed by wind, but a more common method of dispersal is for broken branches carried by flood water to produce new plants.

You can prevent the spread of athel pine by doing all of the following: