Feral camels are found in over 37% of mainland Australia.

In the Northern Territory (NT) feral camels are found in over 40% of the land area.

Camels were first introduced into Australia from the Canary Islands in 1840. There are now over one million feral camels in Australia and that population may double in size every nine years.

Feral camels are found across Central Australia and in the Victoria River District regions. 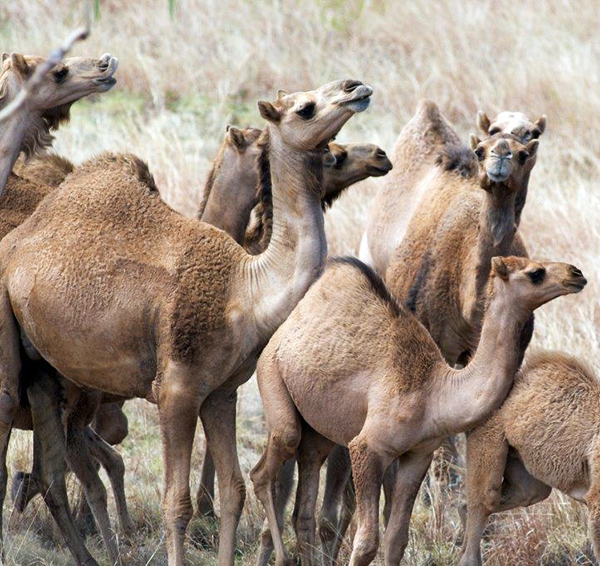 In Central Australia, feral camels feed on more than 80% of the available plants. In much of the NT there are more than two camels per square kilometre, which causes serious impact on native vegetation.

They are particularly destructive to the curly pod wattle, bean tree, quandong, plumbush and supplejack.

Feral camels have an impact on fragile salt lake ecosystems and foul waterholes, which are important sites for Aboriginal people and for native plants.

They also contribute to erosion by destabilising dune crests.

Management of feral camels is not consistent and has little impact on populations overall.

Although aerial shooting of large animals like horses and camels is an emotive issue, it is the most effective and humane way to cull large feral herbivores in remote areas that are hard to access.