Lajamanu is located 640 kilometres south west of Katherine on the northern edge of the Tanami Desert and eastern side of Hooker Creek.

Access to Lajamanu is via the Victoria Highway from Katherine, Buntine Highway and the Lajamanu/Tanami Road.

Lajamanu is about a six hour drive from Katherine, with a population of 682 residents. 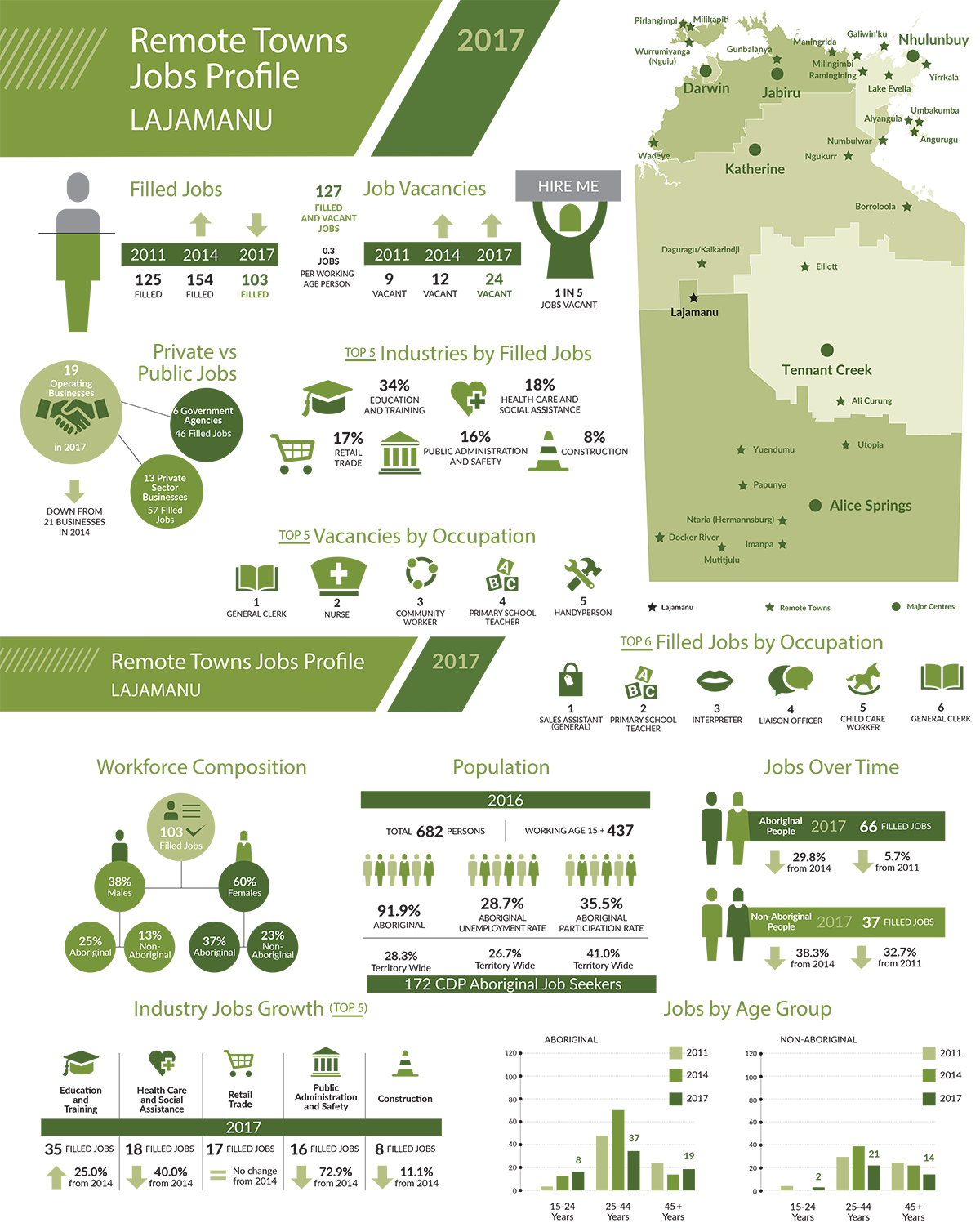 The community workplace planning guide can be used with the workforce planning template for Lajamanu DOCX (791.1 KB). This template is populated with data from the 2014 remote town job profiles.