Daguragu/Kalkarindji is located about 460 kilometres south-west of Katherine.

It has a population of 657 residents. 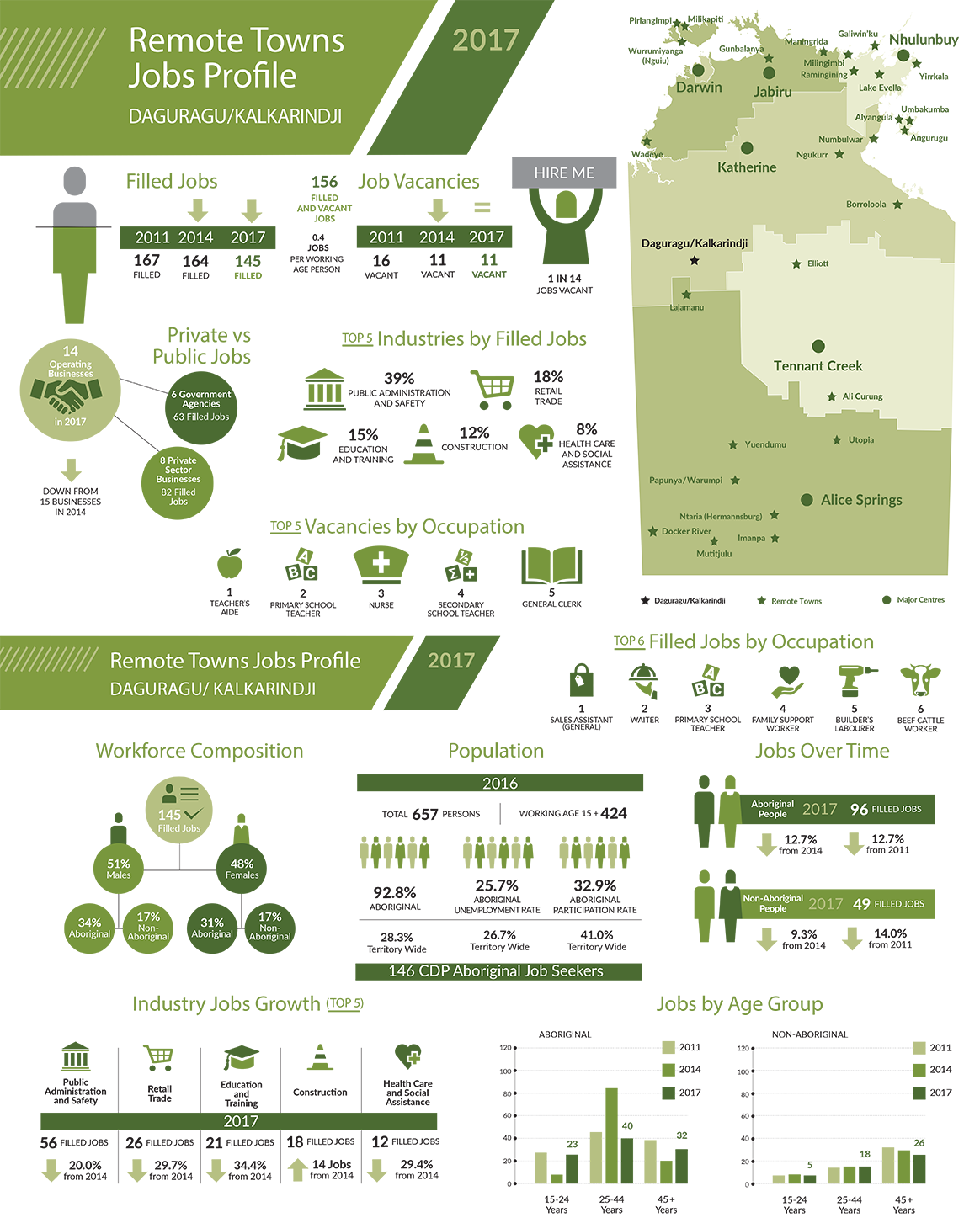 The community workplace planning guide can be used with the workforce planning template for Daguragu/Kalkarindji DOCX (790.6 KB). This template is populated with data from the 2014 remote town job profiles.

URL copied!
Back to top
URL: https://nt.gov.au/employ/for-employers-in-nt/skills-existing-and-needed/remote-town-job-profiles/daguragu-kalkarindji 29 November 2022, 12:20 am