This page has information about growing curcuma at home in the Northern Territory (NT). 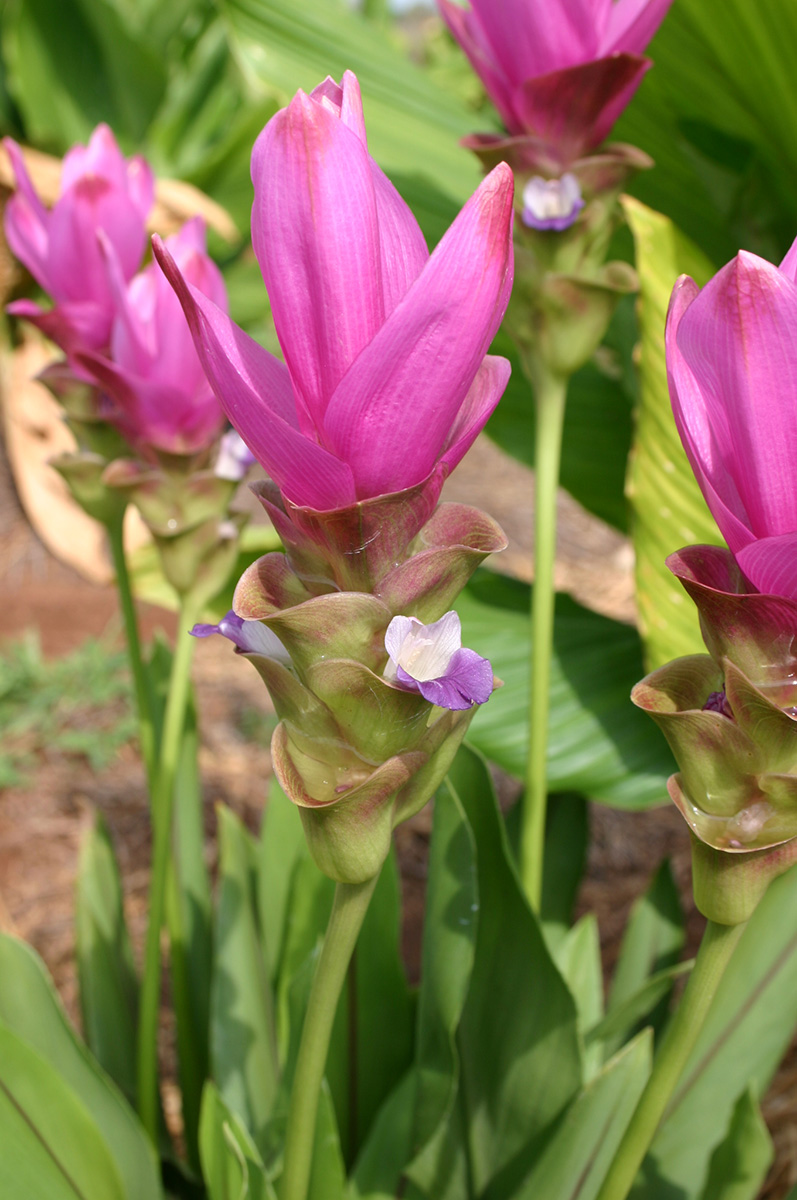 Distribution: curcumas are grown in Asian tropics and northern Australia.

Australian distribution: curcumas are mainly grown in the Darwin region of the NT and in northern Queensland but can grow as far south as Sydney.

Curcuma is a herbaceous perennial - meaning it is green, rather than woody, and does not grow for part of the year.

It belongs to the ginger family and is related to curcuma longa, which is used to make turmeric.

Curcuma plants range from 30cm to 1.5m tall. Flowers can be white, pink, yellow or violet.

Curcumas like moist, well-drained soil with protection from the wind. Most curcumas prefer to be partly shaded. Some varieties will tolerate full sun.

Curcumas are dormant during cooler, drier months. During this time plants should be kept dry to prevent rot.

New shoots will re-emerge when the temperature starts to heat up.

There are several curcuma varieties available in Australia, which include all of the following:

Most curcumas are grown by dividing and replanting rhizomes, the main part of the roots, after the plant has gone dormant. Be careful not to damage any roots attached to the main rhizomes.

Some curcuma varieties can be grown from seeds. Seeds are best sown fresh and will take up to four weeks to germinate.

There are several pests and diseases that affect curcumas, such as caterpillars, grasshoppers, ants, bacterial rot and fungal diseases.

Curcumas are usually cut at ground level. They should be picked early in the morning and placed in water as soon as possible. Most will keep for up to seven days.

To find out more about growing curcuma in the NT, go to any of the following websites: