Information about some key moments and events that happened locally in the Northern Territory, across Australia and internationally in 1990.

2 June – Darwin Aviation Museum opens on a site near Darwin Airport. Displays include a US Air Force B-52 Bomber. 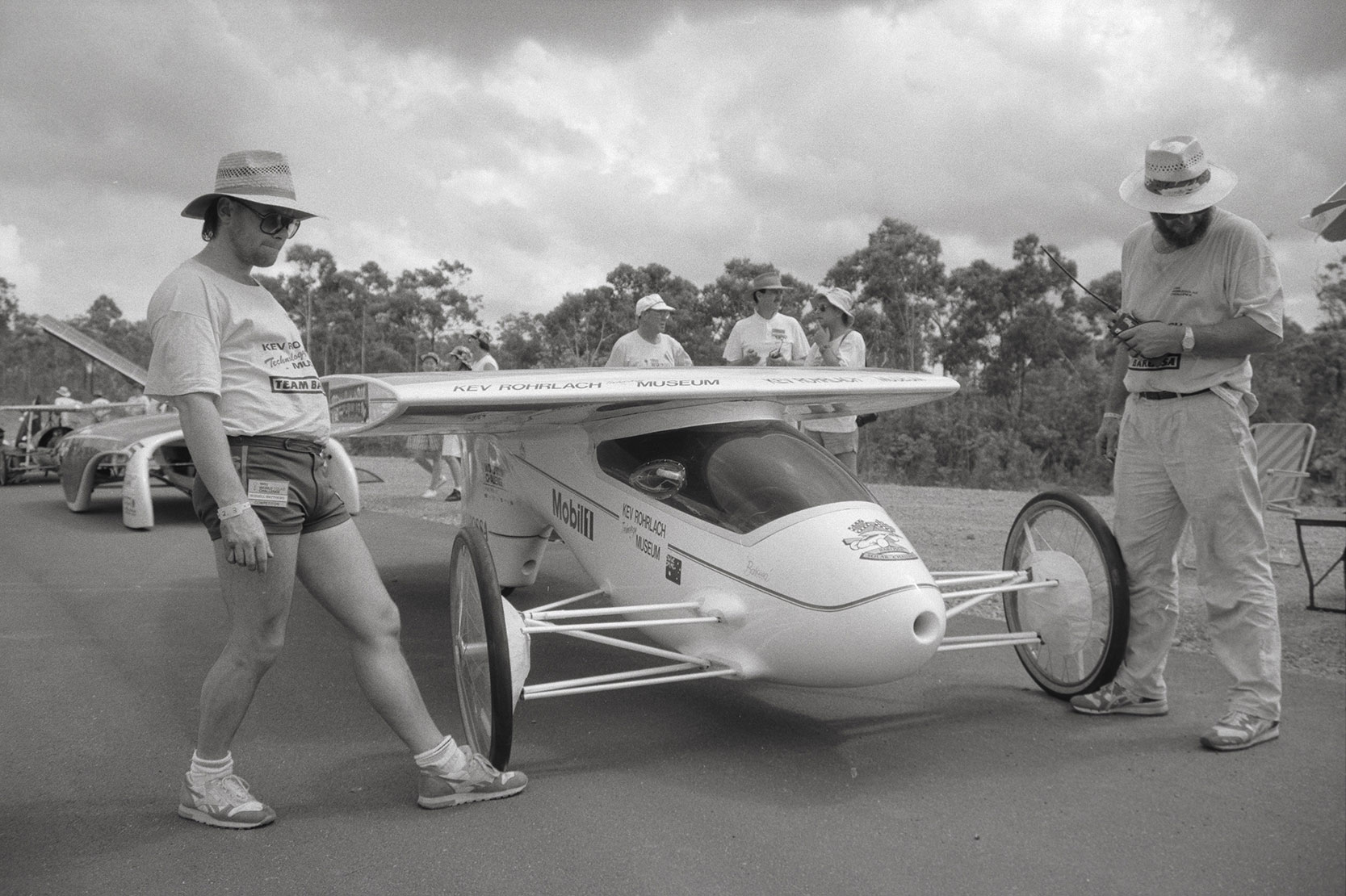 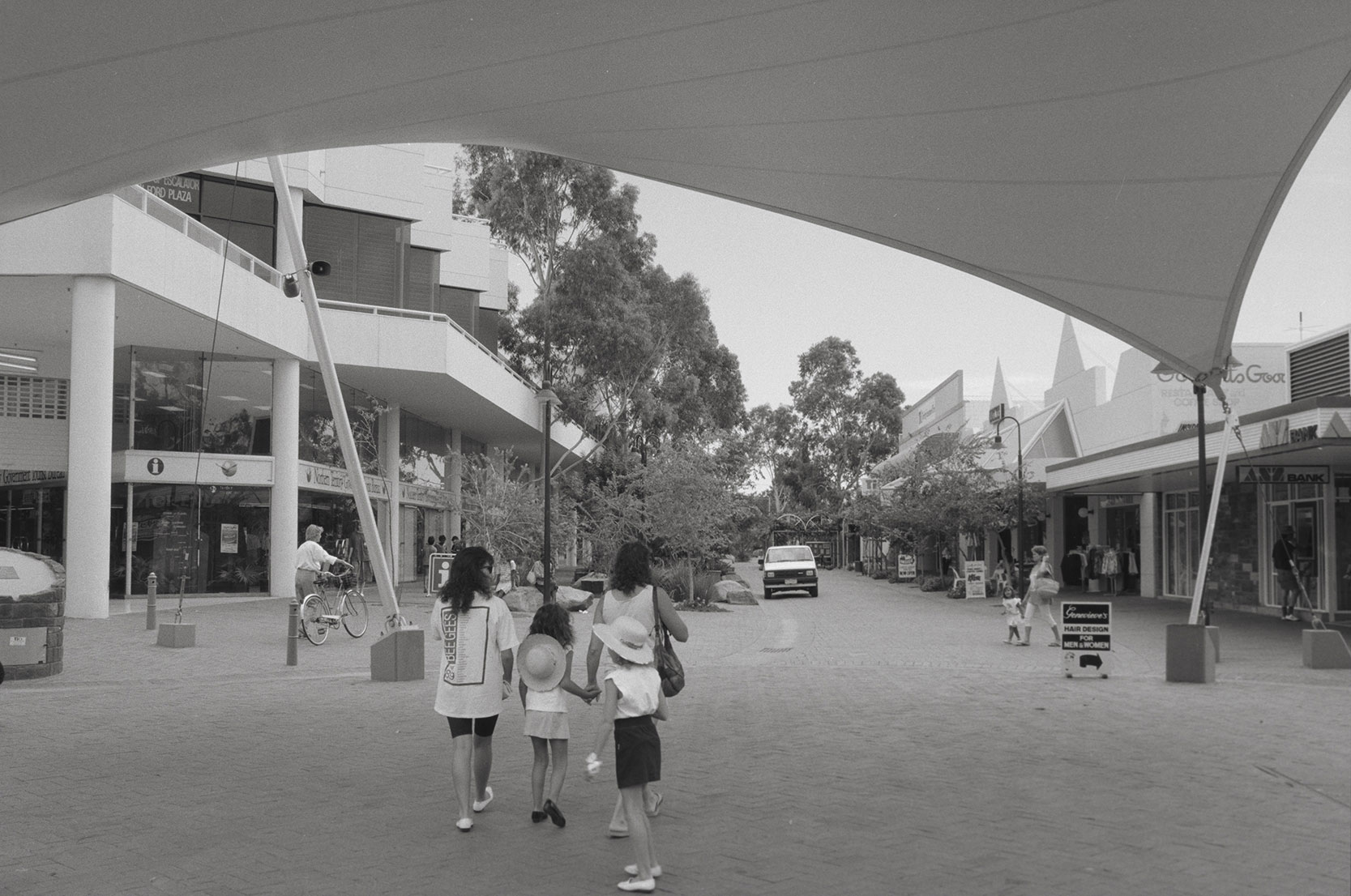 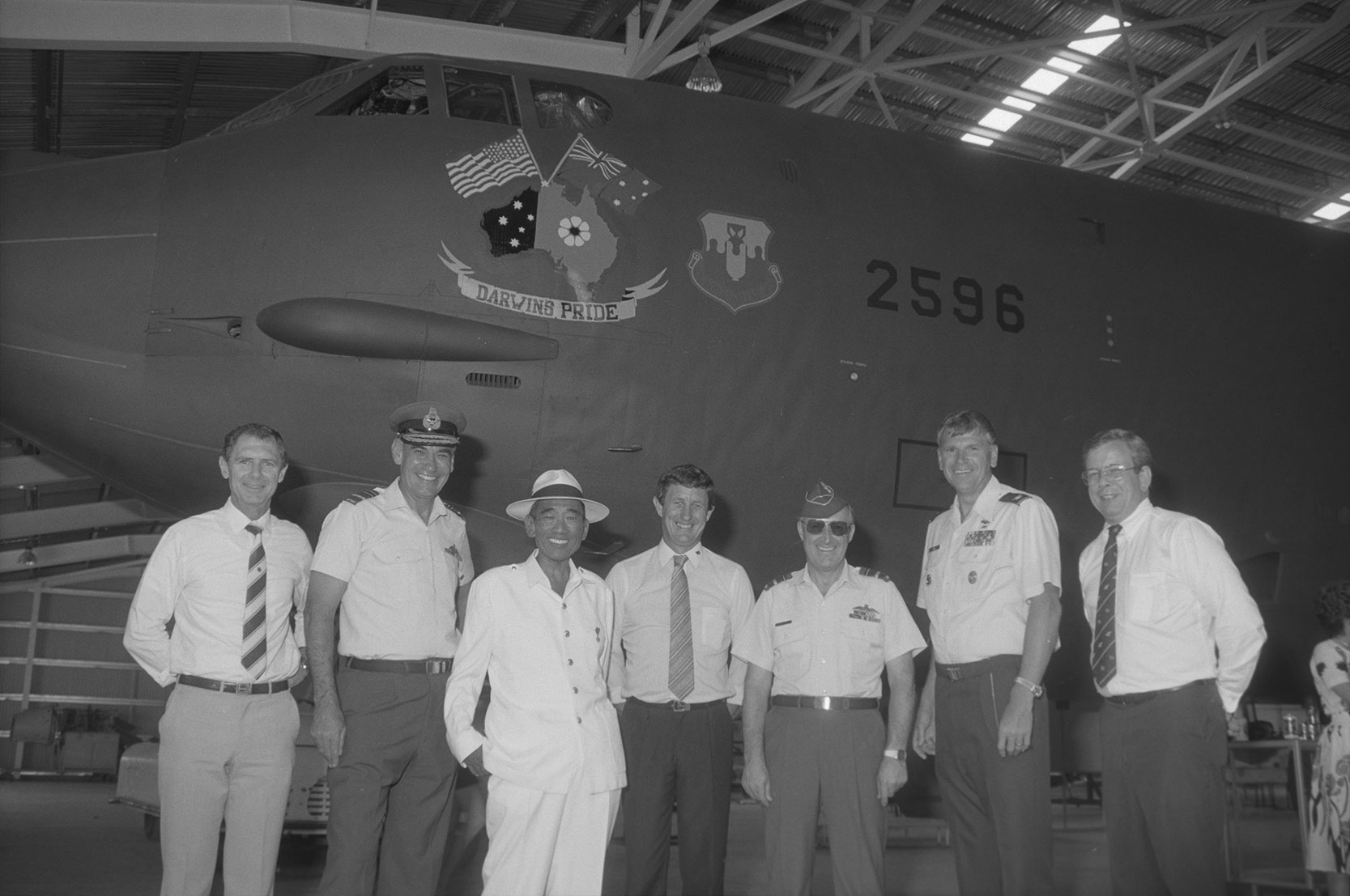 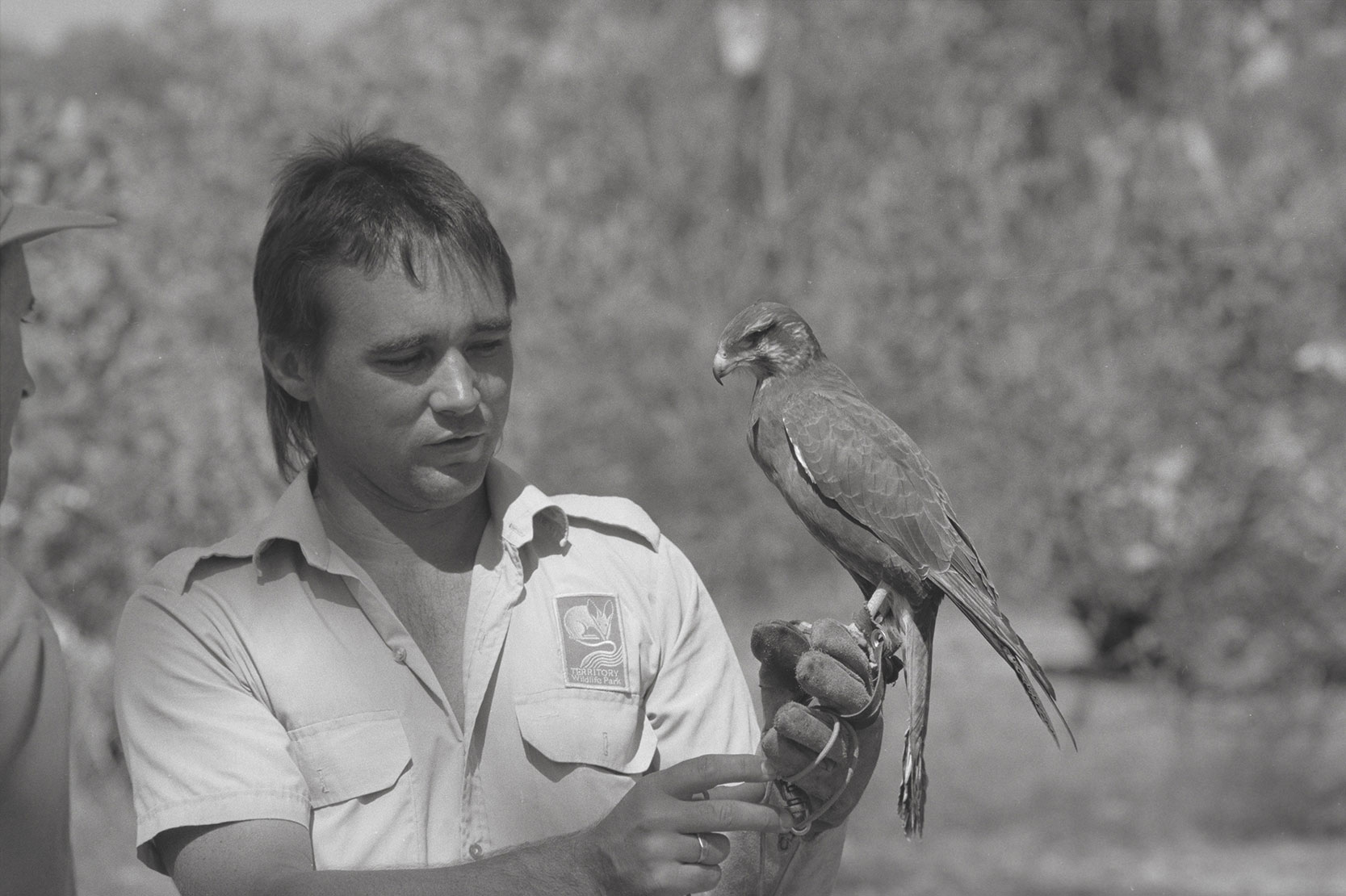 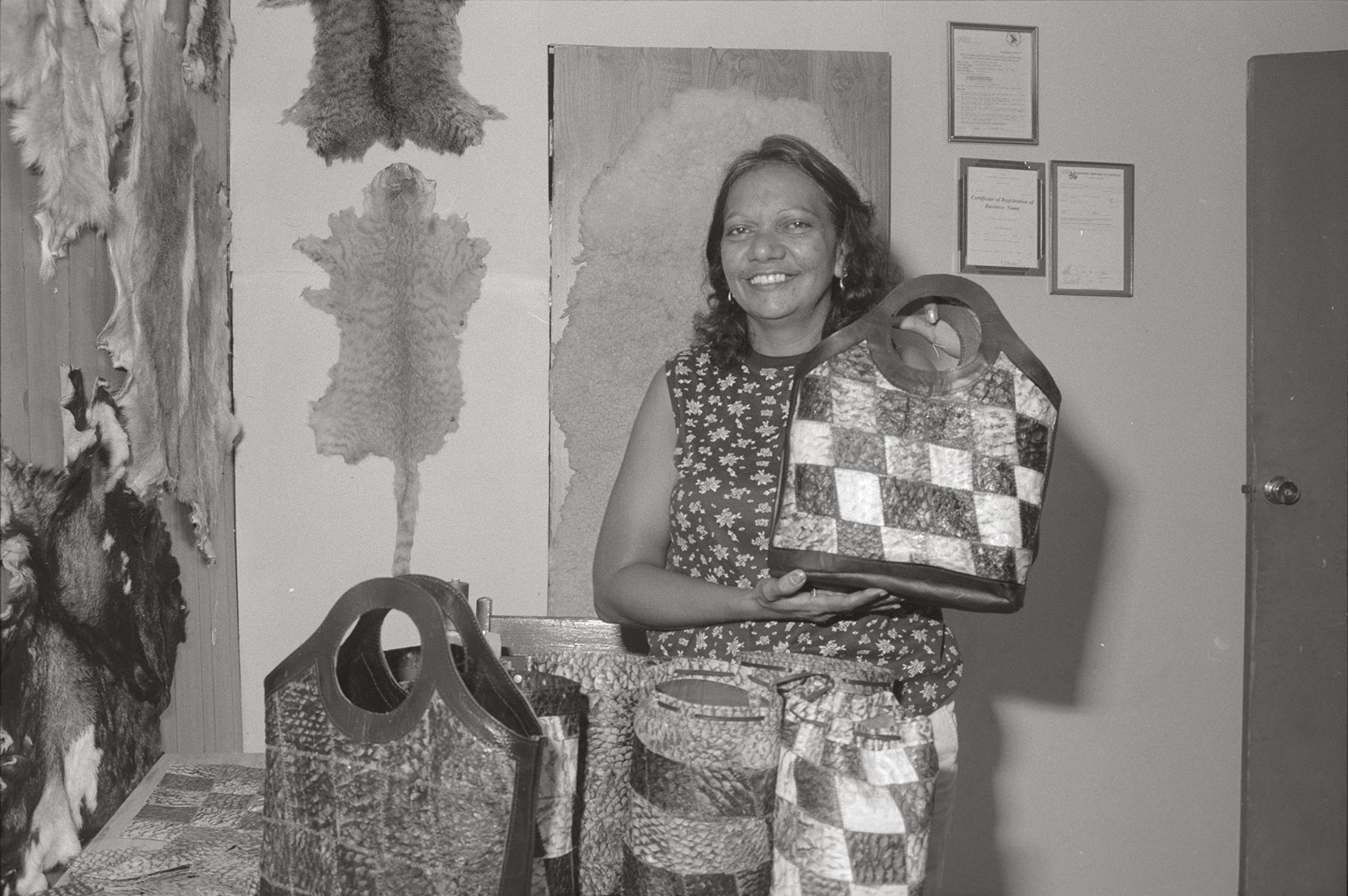 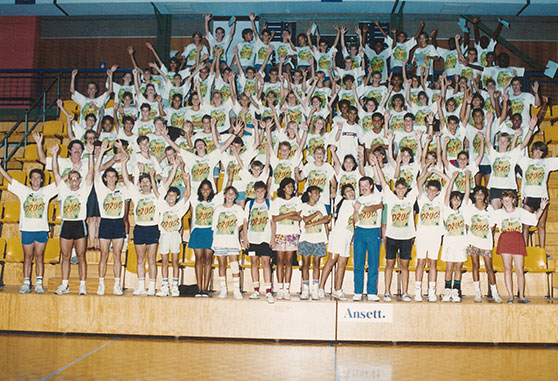 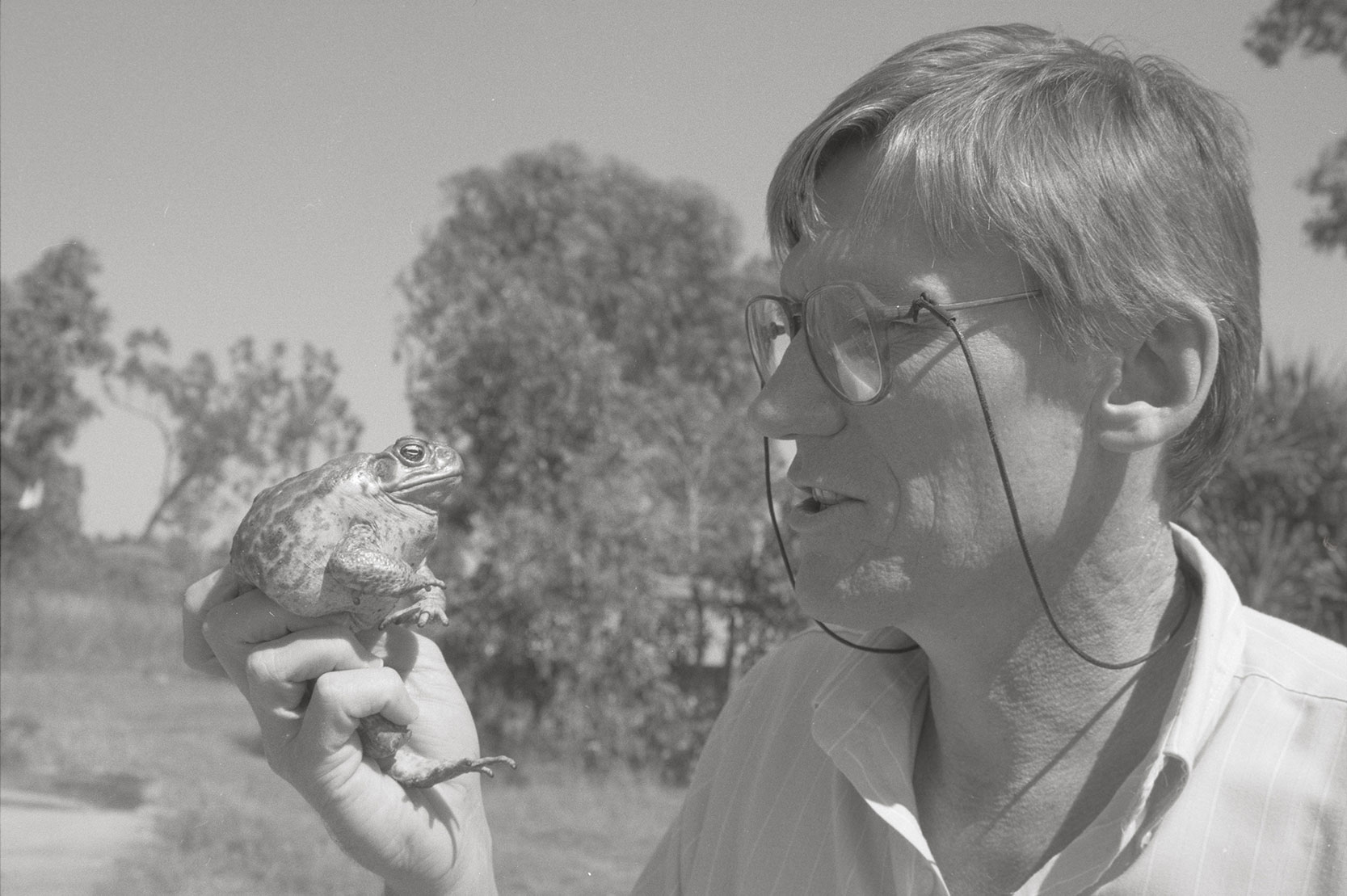 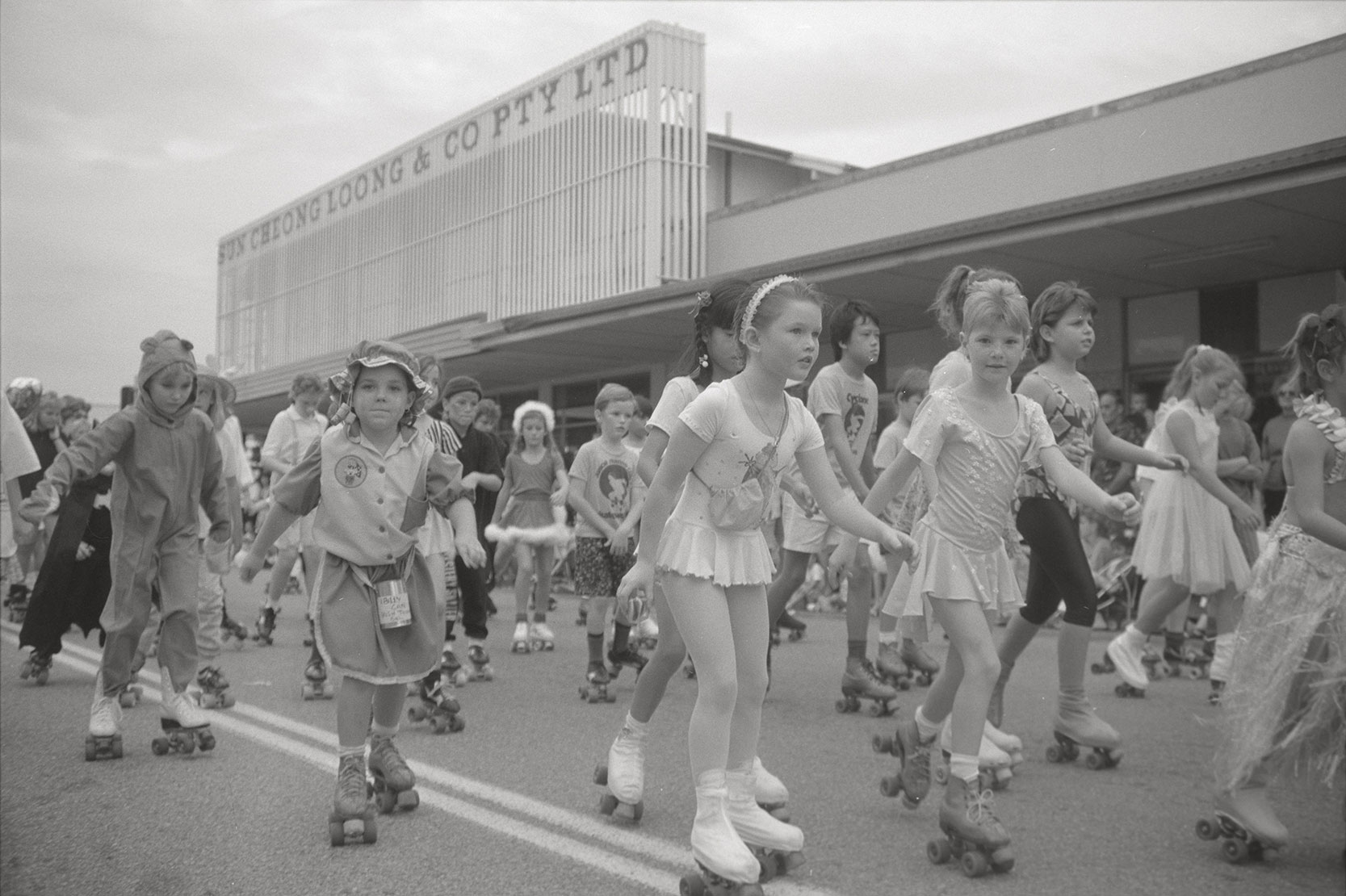 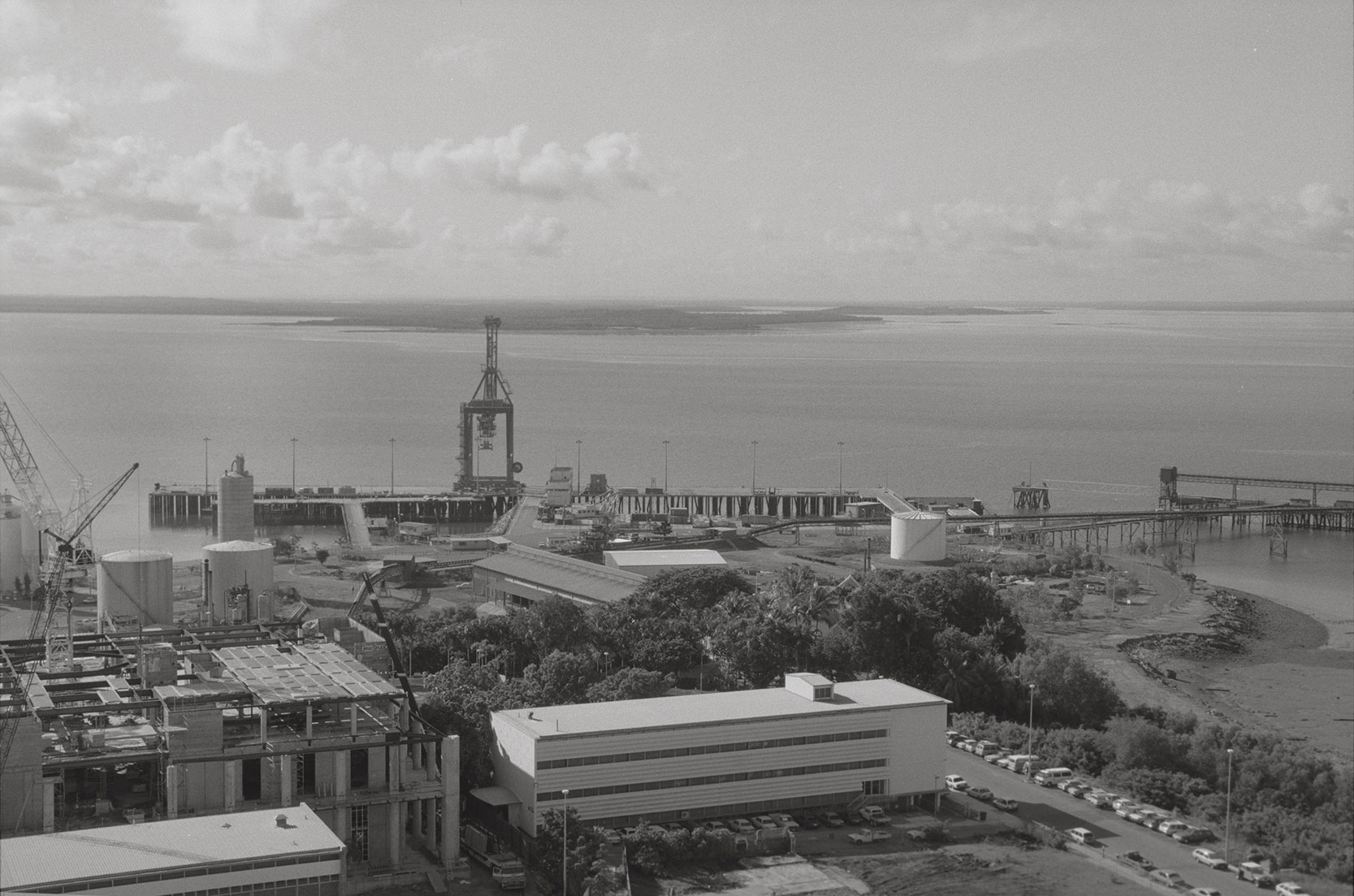 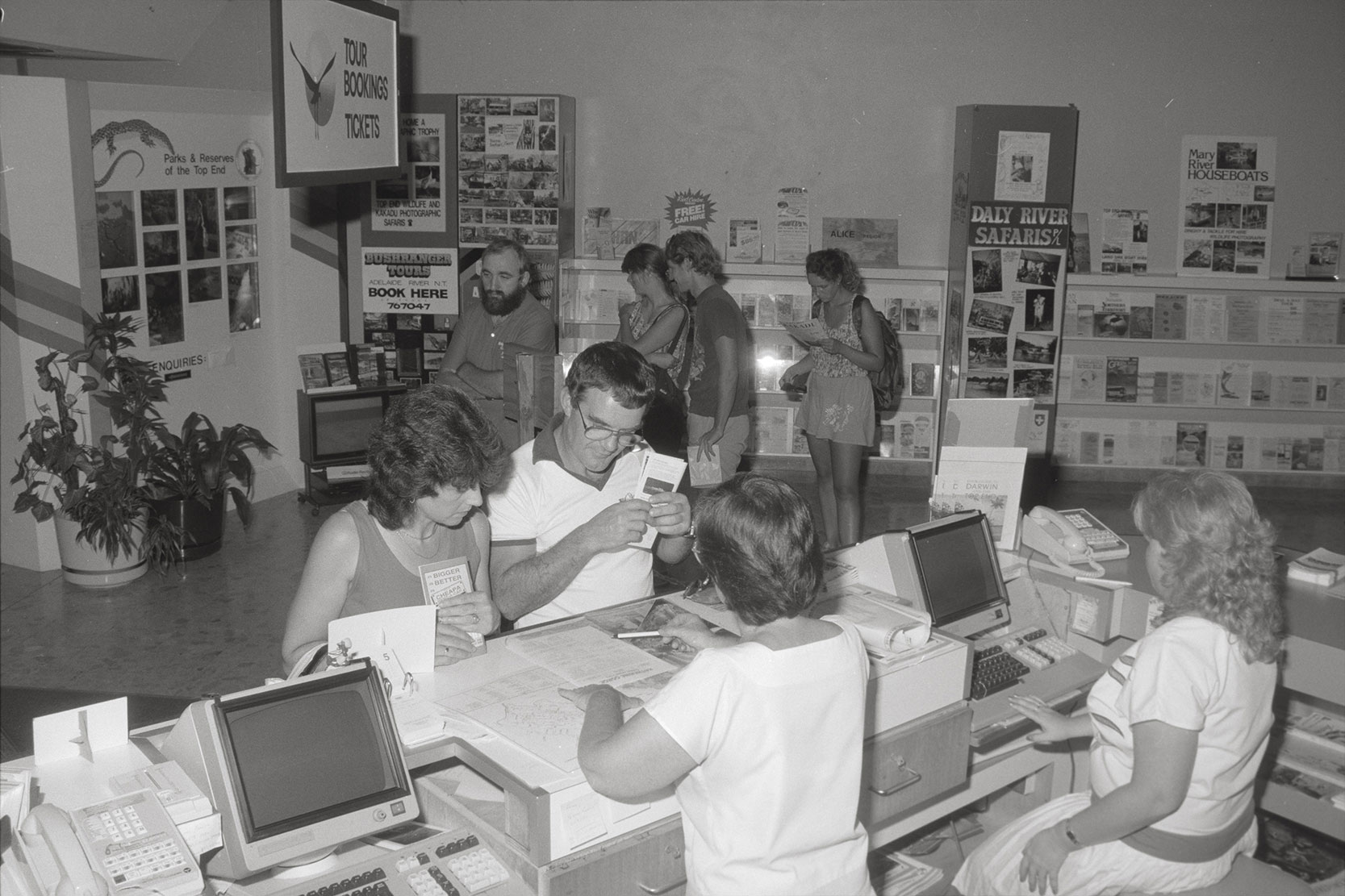 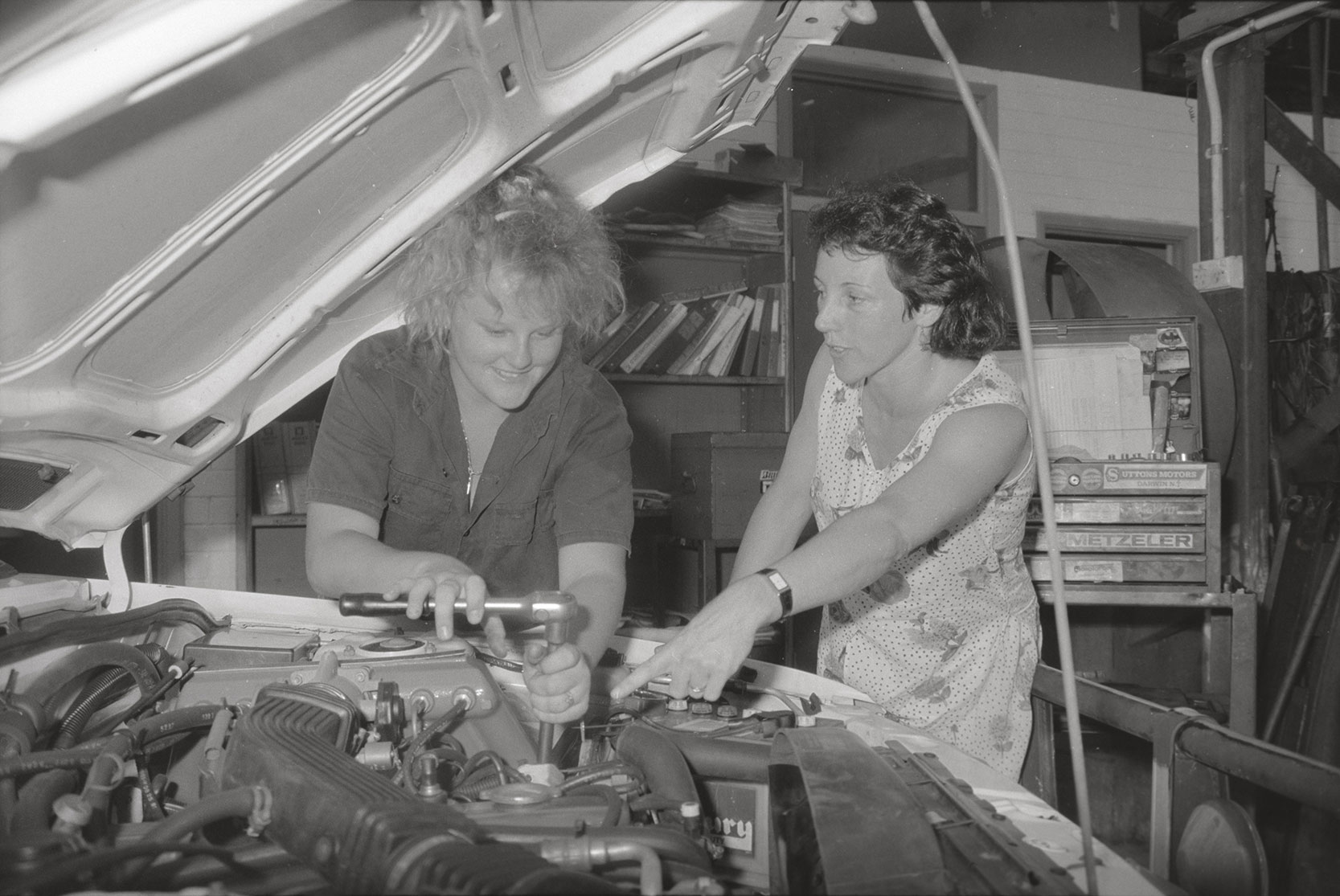 4 February – Australia finishes the Commonwealth Games in Auckland with a total of 162 medals, including 52 gold.

5 February – Aboriginal Torres Strait Islander Commission [ATSIC] is established as a mechanism for expression of Aboriginal self-determination within the Australian Government.

24 March – A federal election is held. The government of Prime Minister Bob Hawke is re-elected for a fourth term with its lowest primary vote ever – 39.4%, and the loss of 8 seats. The number of Australian Democrats’ Senators increases to 8. Treasurer Paul Keating replaces the retired Lionel Bowen as Deputy Prime Minister.

3 April – Following the federal election, Dr John Hewson is elected as Leader of the Liberal Party of Australia, and Peter Reith as Deputy Leader.

May – The 80 Series Toyota Land Cruiser goes on sale in Australia for the first time. Dubbed the breadbox by some because of its rounded edges, the coil-sprung 80 Series was a huge leap forward in both design and technology.

12 November – Prime Minister Bob Hawke announces that the risk of war in the Persian Gulf is increased as 2 more Australian guided missile vessels leave for the Gulf.

15 March – Mikhail Gorbachev takes office as the President of the Soviet Union.

20 March – Imelda Marcos, widow of the former President of the Philippines Ferdinand Marcos, goes on trial for bribery, embezzlement and racketeering.

June – Joanne Rowling gets the idea for ‘Harry Potter’ while on a train from Manchester to London’s Euston railway station. She begins writing Harry Potter and the Philosopher’s Stone which will be completed in 1995 and published in 1997.

13 June – The demolition of the Berlin Wall by East Germany officially begins, 7 months after the Wall was opened.

30 July – British politician and former Member of Parliament, Ian Gow, is assassinated by a Provisional Irish Republican Army car bomb outside his home in England.

12 September – A judge in Australia orders the arrest of media tycoon Christopher Skase, former owner of the Seven Network, after he fails to give evidence in a liquidator’s examination of failed shipbuilding company Lloyds Ships Holdings, an associate of Skase’s Qintex Australia Ltd.

1 December – Channel Tunnel workers from the United Kingdom and France meet 40 metres beneath the English Channel seabed, establishing the first land connection between Great Britain and the mainland of Europe for around 8,000 years.

20 December – Tim Berners-Lee completes the test for the first webpage on the World Wide Web (www) at the CERN facility (the European laboratory for particle physics) in Switzerland.

In 1990 the estimated resident population of the Northern Territory is 75,200 people and the population of Australia is over 17 million people.

The Nintendo Gameboy is the must-have gadget for Australian children, having been released to the market the year before.

In 1990 the first electronic barcode scanners at checkouts are introduced at the grocery store Franklins.

Actors Russell Crowe and Jason Donovan make their film debuts in the Australian drama Blood Oath. The film starring Bryan Brown and Ray Barrett wins the AFI Awards for “Best Achievement in Sound” and “Best Achievement in Costume Design”. Australian movie, The Big Steal, is released. Directed by Nadia Tass, the film is later nominated for 9 AFI awards, of which it won 3.

Topping the Australian Recording Industry Association Singles (ARIAS) Chart is Sinéad O’Connor’s cover of Prince’s Nothing Compares 2 U, MC Hammer’s U Can’t Touch This, and Madonna’s Vogue. Australian artists’ songs include Midnight Oil’s Blue Sky Mine, Jimmy Barnes’ Lay Down Your Guns, ACDC’s Thunderstruck, and Absent Friends’ I Don’t Want To Be With Nobody But You.

Big-act live music tours include Mötley Crüe on the Dr Feelgood Tour playing in Melbourne, Brisbane and Sydney between 27 April and 4 May. US band Aerosmith performed concerts in all capital cities, except Darwin, between 29 September and 15 October and Jimmy Barnes was joined by Stray Cats on his Make It Last All Night Tour, playing concerts across multiple towns and cities on Australia’s east and west coasts in November and December 1990.